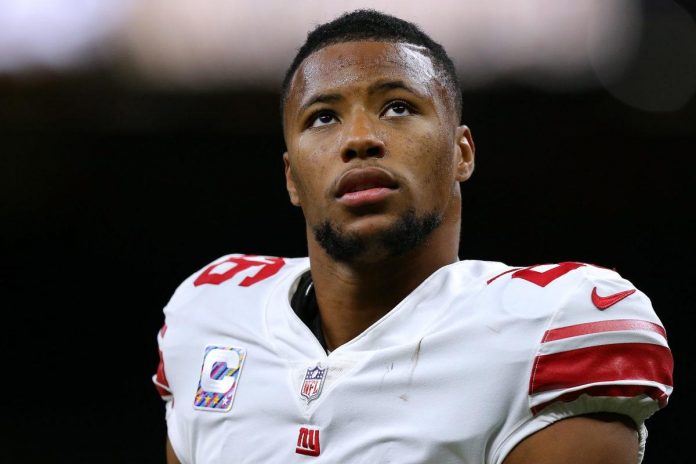 There’s a lot to like about having Tyrod Taylor as a backup quarterback: veteran leadership, playoff experience, Pro-Bowl selection.

But on Thursday, New York Giants running back Saquon Barkley called out another thing he likes about Taylor’s presence on the team.

“He smells good,” Barkley said of his backup QB.

It is not surprising that the strangeness of this quote caused it to spread on social networks.

“Wow, I never would have thought that Sakuon could say such contradictory things,” one fan joked.

“What was the context, lol?” asked another.

Earlier this offseason, Taylor signed a two-year contract with the Giants for a base amount of $11 million. If he is called up to the starting lineup to replace Daniel Jones, incentives based on playing time could increase his contract to $18 million.

Taylor played well in the Giants’ first preseason game, gaining 129 yards, one touchdown and zero interceptions on a 13/21 pass in a win over the Patriots.

The Giants will face the Cincinnati Bengals in their next preseason game on Sunday.