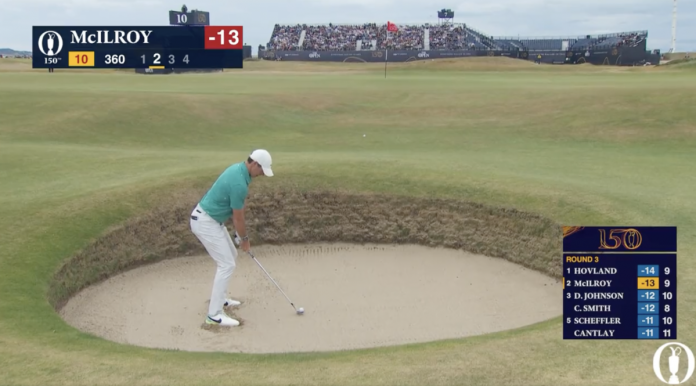 Rory McIlroy has just sent a shockwave through the Old Course at St Andrews with an incredible bunker shot.

On the par-4 10th hole, the 33-year-old Irishman broke out of a bunker on the green and took the lead in the under-15 tournament.

Take a look at the incredible eagle here:

Shortly after, Victor Holland made a birdie putt and shared the lead with McIlroy.

McIlroy is a clear fan favorite at the 150th Open Championship. The throw caused the biggest stir of the tournament, marking a turning point in what was supposed to be a thrilling finale to Sunday’s final round.

If this snapshot is any indication, the golf world should get another incredible game from McIlroy as the weekend draws to a close.