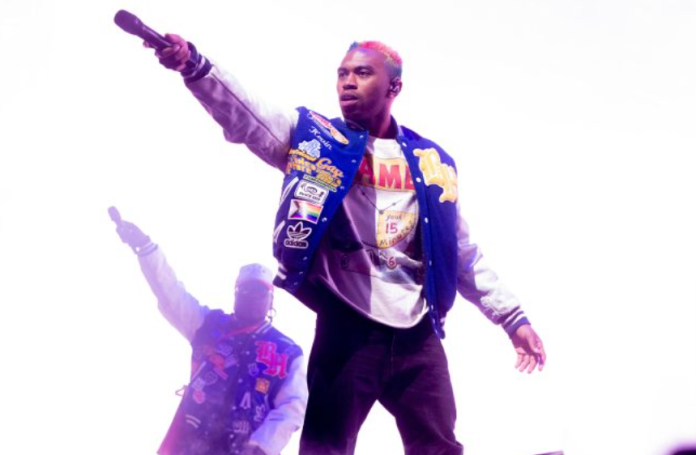 Last night (November 19) Brockhampton played their last concert at the Fonda Theater in Los Angeles. Check out the recording and the setlist below.

Brockhampton began 2022 by announcing their upcoming performances at London’s Brixton Academy, and the Coachella festival will be their last, and the band has taken an “indefinite break.”

“We thank you from the bottom of our hearts for being with us on this journey. We wouldn’t be here without our fans. We hope we’ve been able to inspire you as much as we have over the past eight years,” the band said in a statement.

However, after their performance at Coachella, Brockhampton announced that a farewell album, “The Family”, would be released.

This record was finally released on Thursday (November 17) along with the news that the unexpected album “TM” will be released the next day. The band also confirmed that they will give their last concert at The Fonda Theatre in Los Angeles.

Taking to the stage last night (November 19), the band began with the live debut of the “Big Pussy” single “The Family” before performing tracks from their back catalogue. During the show, Brockhampton performed the pandemic singles “NST” and “Baby Bull” for the first time, while “New Shoes” “TM” also debuted live.

Kevin Abstract from Brockhampton shared a statement after the release of “Family”.

“Like most of us, I closed down as soon as I started high school,” he wrote. “I was afraid of being vulnerable with my mom. I remember not feeling good enough for my dad. I remember pretending to be someone new depending on who I was next to. I used to want to be an actor, My 14-year-old self was in pain. I’m lost. Trapped. And so I dreamed. For similar but unique reasons, everyone in this group also dreamed.”

He explained that the post on Kanye West’s fan forum, where the band is known to have met in 2012, was an “olive branch.”

“Everyone took risks. We found each other and planted our own trees. I had a vision when I was writing, but how will it ultimately change not only my life, but also affect the culture we grew up in? Thank you.”

After the show, he took to Twitter to ask, “What should I do now, I don’t have to work anymore?”