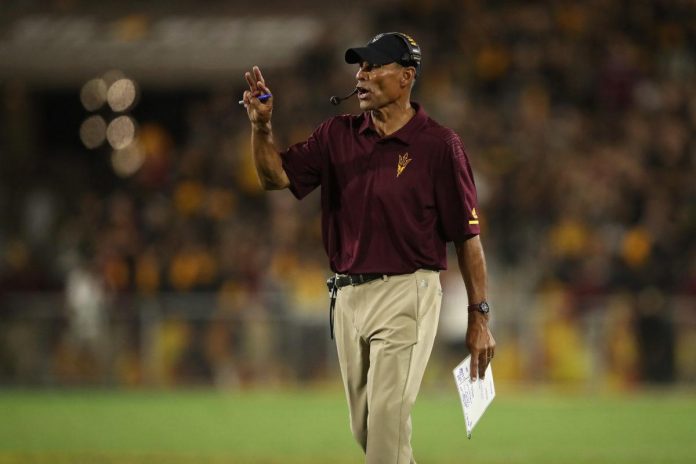 There is a chance that Herm Edwards was released when he left the field on Saturday night.

Edwards officially lost his job on Sunday after Arizona State released a statement saying it had parted ways with him after five seasons.

Before this press release came out, Edwards met with the Arizona State president and athletic director as he was leaving the field. The video seems to show them having a deep conversation in which Edwards can be let go.

It could have just been a preliminary discussion, as it would be cold to let someone leave work immediately after the game. The Sun Devils just lost to the Eastern Michigan Eagles by a score of nine and dropped to 1-2 on the season.

Edwards finished his tenure with a 26-20 record at Arizona State. This dismissal came just one season after the Sun Devils finished 8-5.

It remains to be seen what the future holds for Edwards.