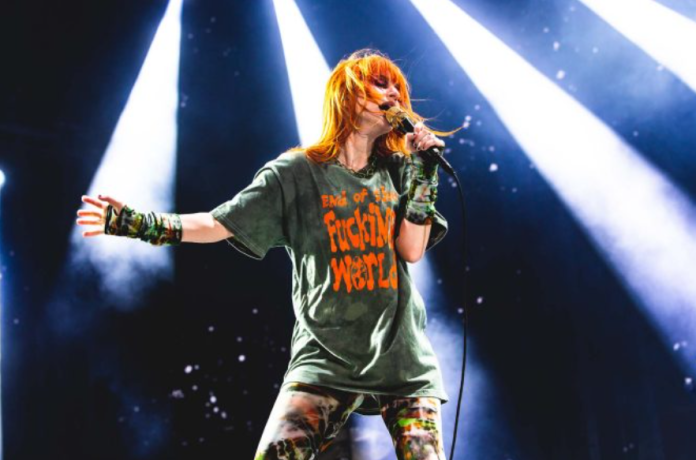 Paramore invited a disabled fan on stage to perform “Misery Business” during their show in Atlanta, Georgia this week — see the footage below.

The trio, led by Hayley Williams, who returned with the single “This Is Why” in September, is currently on an intimate North American tour. This is Paramore’s first date in over four years.

On Tuesday evening (November 15), the band performed at the Tabernacle Concert Hall in Atlanta, where they continued the revived tradition of asking the audience to help with their classic 2007 album “Misery Business”.

One of the chosen fans that evening was 23-year-old disabled actress and artist Makayla Smith, who later wrote about her experience on Instagram.

“HERE’S A VIDEO OF THEM TAKING MY DISABLED SELF OUT OF THE PIT!!!!” she captioned the clip of the moment.

“It’s a little awkward for me to scream when I was being carried by security, but I couldn’t help myself […] Seeing my friends yell at me in this video, I cry every time.”

Smith later posted a joint photo with Williams on stage. “Really the best night of my life!!!!” she wrote. Check out a selection of images and fan footage below.

In a separate Instagram post, Smith explained that she has been a Paramore fan, calling them “the love of my life” since she was “at least 11 years old.” She first saw their live performance at the age of 13.

“The band that was with me in everything?!?! I never thought that I would actually be chosen for the “Misery Business,” Smith continued. “If I had known this was going to happen, I would have written them a letter to tell them.

“The letter would say something like: “Thank you for sharing your art and your heart with the world” […] It is your willingness to openly talk about your shortcomings and vulnerabilities that makes us fans feel noticed. That’s what’s special about Paramore. Your honesty about your problems—with mental health, with a broken heart, with personality, with society, etc. — makes us feel understood.”

Last month Paramore returned the previously excluded “Misery Business” to the setlist at the first concert of the current tour.

In 2018, singer Williams publicly announced that the controversial track had been dropped from her band’s live performances amid ongoing controversy over whether its message was “anti-feminist.”

Paramore are going to release their sixth album “This Is Why” — the sequel to “After Laughter” 2017 — on February 10, 2023 on the Atlantic label. You can pre-order/pre-save it here.

Next spring they will embark on a UK and Ireland tour with Bloc Party.

The band will then head back to the US in May to play an extensive series of concerts. Bloc Party and Foals will be opening acts at some concerts during this period.