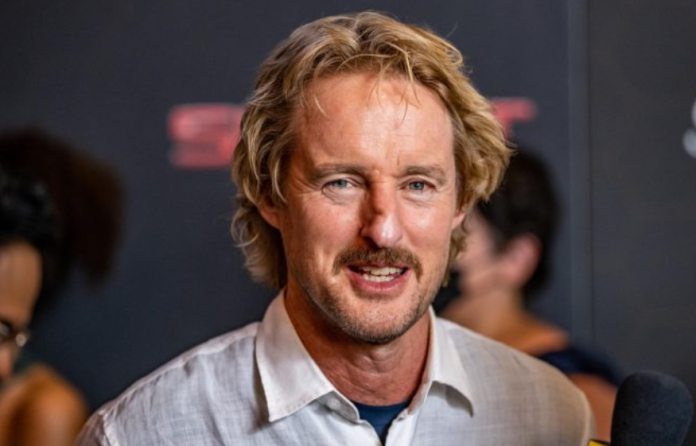 The first look at Owen Wilson as fictional artist Carl Nargle in Paint was shown — and the actor looks just like The Joy Of Painting host Bob Ross.

Wilson plays an artist from Vermont in a comedy film that will be released next year.

According to a synopsis produced by IFC Films, Nargle Wilson “has it all: a signature perm, a non-standard van and fans clinging to his every beat.”

But soon a “younger and better artist” appears, who “steals everything (and everyone) that Carl loves.”

Take a look at Wilson’s Ross-inspired image in the image below.

Who's behind those happy little clouds? ☁️ It’s Carl Nargle, Vermont's No. 1 public access TV painter. Owen Wilson stars in PAINT, an off the (gallery) wall comedy coming to theaters in 2023! pic.twitter.com/E0b8hzXUZr

The “signature perm” resembles Ross’s curly hairstyle. The late artist, who died in 1995, was known for his soothing drawing lessons on the PBS show, which he hosted from 1983 to 1994. Halloween.

“Paint” is written and directed by Brit McAdams and is based on the 2010 Blacklist script. Starring Michaela Watkins, Wendy McLendon-Covey, Stephen Root, Ciara Rene, Lucia Strus and Lucy Freyer.

“We are very excited to finally work with the boundless and versatile talent of Owen Wilson, as he effortlessly brings to life the character of Karl Nargle thanks to a witty script and production by Brit McAdams,” Arianna Bocco, president of IFC Films, told Deadline.

“Paint has everything you need for a quotable comedy masterpiece, and we hope that viewers of all ages are ready for a big laugh and a big heart.”

“Paint” is due to be released in U.S. theaters on April 28, 2023. Further releases by location must be confirmed.