Home Crypto Watch Out For These 6 Altcoins: Big News Coming! 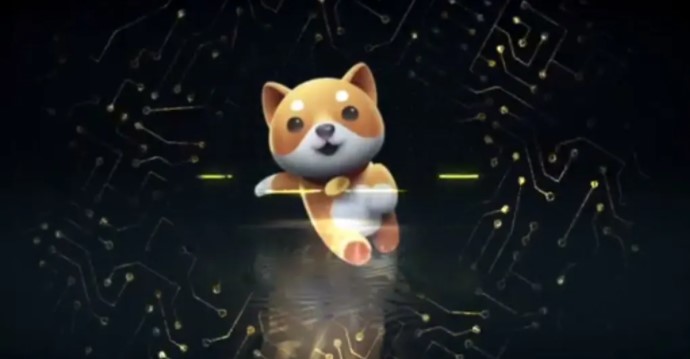 In these days when the crypto money markets are going through a harsh correction process, we, as Somanews, are focusing on 6 altcoin projects. We present to your attention new developments that investors should know about the popular altcoin projects Tezos, Dogecoin, Shiba Inu, Cardano, Ethereum and Matic.

Shiba Inu and Dogecoin coming to AMC theaters in March

AMC customers will “most likely” be able to purchase tickets with Dogecoin and Shiba Inu from March. AMC CEO Adam Aron announced that the world’s largest cinema chain will “likely” adopt the most popular meme coins, Dogecoin and Shiba Inu, this March. Two cryptocurrencies will be accepted for any payment made through the company’s website. Aron conducted a Twitter poll in late October to find out if the company’s customers would like to see the Shiba Inu among the available cryptocurrencies. The vast majority of respondents favored the addition of SHIB to AMC’s pay program. This came after Aron’s Twitter followers overwhelmingly voted to be able to buy tickets with Dogecoin. In October, AMC began accepting the original meme cryptocurrency for eGift cards.

A new milestone has been reached for Cardano’s first all-in-one DeFi wallet. GeroWallet, Cardano’s first all-in-one DeFi wallet, has announced a new connectivity milestone. GeroWallet provides users with the ability to purchase Cardano using fiat, while allowing users to trade, share and margin trade synthetic assets. In a recent post, the team notes that the latest upgrade kicks off another milestone called the dApp connector functionality. This links to Cardahub, an NFT marketplace that allows users to buy and sell NFTs from popular Cardano NFT collections. Charles Hoskinson reported that the Cardano network plans to spend the next six to nine months developing its decentralized apps (dApps) ecosystem. The latest version of GeroWallet allows dApp connector functionality for Cardahub users as Cardano continues to make progress in development.

Vitalik Buterin is showing the world a new way for user fees on the Ethereum network. Vitalik Buterin has published an official proposal for a new fee structure for the Ethereum network called the “multidimensional EIP-1559”, referring to the previously implemented EIP-1559 upgrade. The calculations and formulas are simple suggestions that could actually change the way fees work in Ethereum: different amounts of gas will be used for different transactions on the network. The new fee concept will create a fair structure where gas will be used more optimally and allow users to spend less on various types of operations such as minting money, transaction call data and more. Buterin proposed two ways to realize the new fee structure in the grid: the gas running cost remains constant and the operating costs are divided by the base rate based on the type of resource used.

One of the most profitable assets in the market is undergoing a 20% correction, but remains profitable for almost 80% of all owners. Despite the majority of the cryptocurrency market entering a deep correction, most altcoin holders like Matic still carry the asset for profit, even after the 18% price drop. 79% of Matic owners are in profit. Matic has lost around 25% of its value after hitting an all-time high of $2.90. Only 13% of all owners’ comps are lost, suggesting that most of them entered the Matic at or very close to the top. Polygon’s token follows the general trend in the cryptocurrency market, going through a 17% correction that started after the asset fell below the trendline formed at the end of December. Previously, Matic has gained more than 80% of its value since December 14, placing it on top of the most profitable assets in the cryptocurrency market in the last month of 2021.

This Altcoin, Using the Name of the Giant Company, Caught a...