Home Crypto Watch Out For These 3 Improvements: It Can Fly a Shiba Inu... 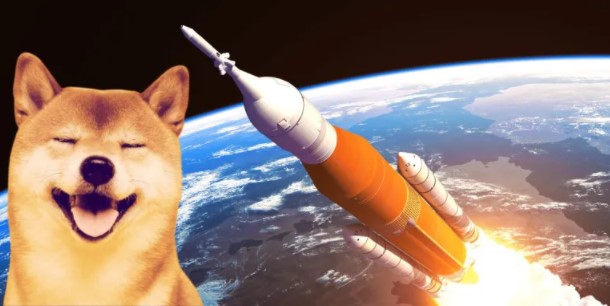 The Shiba Inu has come a long way since debuting on the crypto scene in August 2020. The cryptocurrency known as the ‘meme token’ took the crypto market by storm in a short time with an anonymous developer. Half of the Shiba supply, which was “gifted” to Ethereum founder Vitalik Buterin, caused a strong wave of hype at the time. However, SHIB, the second largest meme token by market cap, has been on the decline for a while. Three important developments that can reverse this should not be overlooked.

According to a key member of the team behind Shiba Inu known as the ‘Archangel’, ShibaSwap 2.0, the planned new version of Shiba Inu’s decentralized crypto exchange, will include a feature that allows the burning of SHIB tokens, reducing its circulating supply as a result. It is thought that this may affect the price upwards.

While ShibaSwap 2.0 is still in operation without an exact launch date yet to be announced, many market experts believe it could launch before the third quarter of the year, with the token burn mechanism being a major catalyst for the coin’s growth.

The upcoming launch of Shibarium, a tier-2 solution, is another important development that could push the meme token to higher heights. Shiba Inu, which is listed on leading crypto exchanges, has made it a popular asset for investors as it is relatively inexpensive and has a history of booming at any given time.

The most important factor that keeps the investor sentiment high is the gigantic metaverse plans of the ecosystem. SHIBArmy has already welcomed many developments in the SHIB virtual world. A private land sale was held last month using the LEASH token, and a public sale is expected soon. In an update at the time, SHIB developers addressed the community with:

Our Metaverse acts as an anchor in our sustainable ecosystem as we add more benefits, projects and benefits for our beloved ShibArmy, the best crypto community out there.

Experts Turn Their Eyes On These 5 Altcoins: They Are Promising!