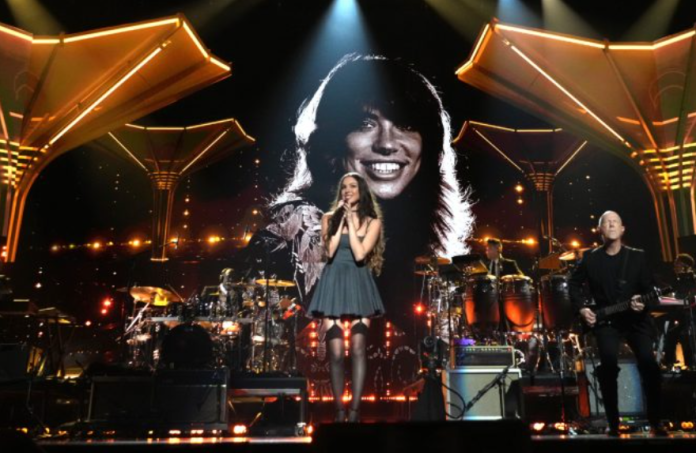 Olivia Rodrigo performed a cover of Carly Simon’s iconic 1972 single “You’re So Vain” as part of the 2022 Rock and Roll Hall of Fame induction ceremony – check out the footage below.

However, Simon was unable to attend the ceremony in Los Angeles, so Rodrigo took to the stage to honor the singer and songwriter with a performance of “You’re So Vain”.

The show will be broadcast later this month (November 19), but you can watch the fan footage below.

Before Rodrigo’s performance, a video dedicated to Simon was broadcast, in which Taylor Swift called “You’re So Vain” “the best song that has ever been written.” It’s the direct way anyone has ever talked about breaking up, it’s amazing.”

According to the Los Angeles Times, Simon was unable to attend the ceremony due to a “personal tragedy,” but in a statement read by singer Sarah Bareilles, Simon said she was “humbled, shocked, proud, overrated, underqualified and exceptionally grateful.” to be inducted into the Rock and Roll Hall of Fame.

“My life has completely changed,” Rodrigo said of Morissette’s 1995 album Jagged Little Pill. “Alanis’ songwriting was unlike anything I’ve ever heard before, and I haven’t heard anything like it since. And this voice is fierce and gentle, and sometimes funny and playful. I’m hooked for life.” The couple also performed “You Oughta Know” by Morissette.

Back in August, Billy Joel invited Olivia Rodrigo during his concert at Madison Square Garden in New York to perform two songs together – Rodrigo’s “Deja Vu” and Joel’s “Uptown Girl”. That same month, Rodrigo apparently confirmed that she was back in the studio working on the sequel to “Sour” 2021.