Home Sport Watch: Ohio State has finally registered the trademark “The” – The Spun:... 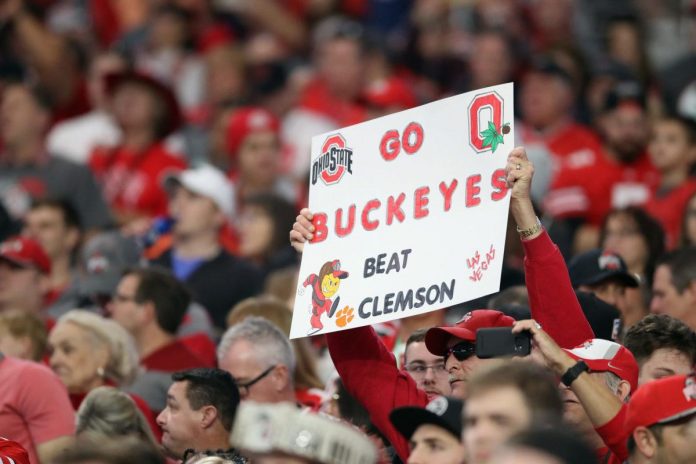 Ohio State has been officially known as “Ohio State University” for more than a century — a fact that its athletes are proud to tell everyone about. But this month, the school decided that they were going to use the word “The” at the beginning of their name in accordance with the law.

According to trademark attorney Josh Gerben, the state of Ohio has officially registered the trademark “THE”. The registration was issued on Tuesday by the U.S. Patent and Trademark Office.

Gerben explained that it probably wouldn’t have taken the state of Ohio that long to get the trademark if they hadn’t simultaneously been fighting another clothing company trying to get it themselves. This dispute was eventually settled, which opened the way for the state of Ohio to receive the long-awaited trademark.

College sports fans are pretty baffled as to why Ohio State went to great lengths to ensure they were the biggest school using the word “The”.

“I always thought THE were a hell of an extra one of them, lol,” one fan replied.

“I’m not a lawyer, but it seems incredibly stupid,” wrote another.

But if you’ve ever watched Sunday Night Football and heard a former boar declare where he comes from, you can tell how much it means to them.