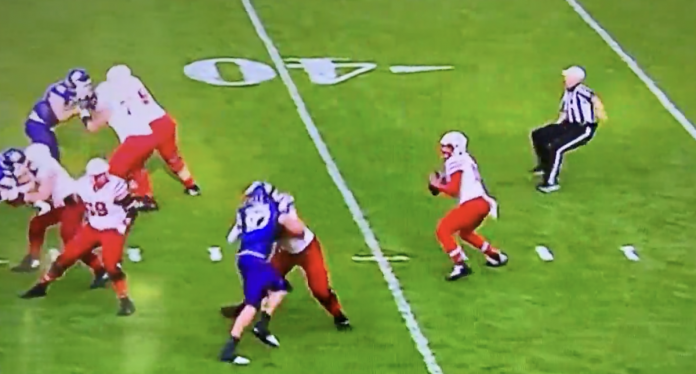 Players aren’t the only ones getting rid of rust during week zero of the college football season. Officials are also getting back on track.

During Saturday’s matchup between Nebraska and Northwestern in Dublin, a game official suffered an awkward fall while retreating from the game.

Take a look at the drop here:

Unlike this referee, the Cornhuskers are looking forward to the start of the 2022 season. Texas transfer Casey Thompson boosted Scott Frost’s program with a 14-10 score in the second quarter thanks to the quarterback’s incredible play.

Thompson has two touchdowns—one pass and one rush—including 132 yards on a near-perfect 10/13 pass.

This fall of the referee was the first (but certainly not the last) in the 2022 college football season.