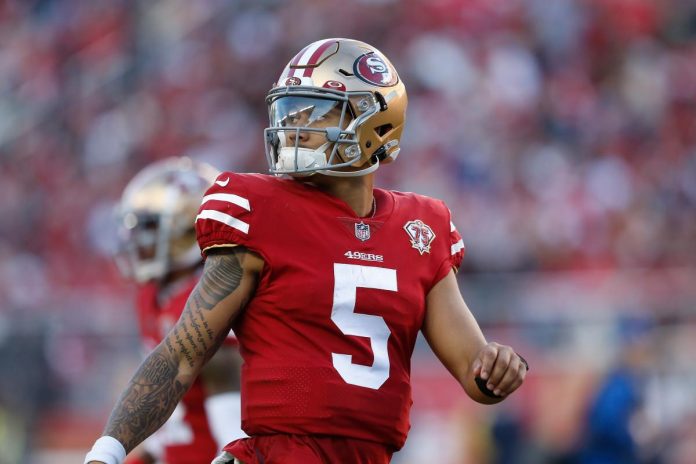 Trey Lance appears to have suffered a serious injury on Sunday afternoon.

The San Francisco 49ers quarterback was carted off the field with an apparent leg injury after being hit.

Lance was then ruled out for the rest of the game after Jimmy Garoppolo replaced him.

The 49ers are currently beating the Seattle Seahawks 20-7 just a couple minutes into the fourth quarter.

Garoppolo has thrown for 139 yards and scored a touchdown since coming on as a substitute for Lance.

Head coach Kyle Shanahan is likely to talk about Lance after the game.