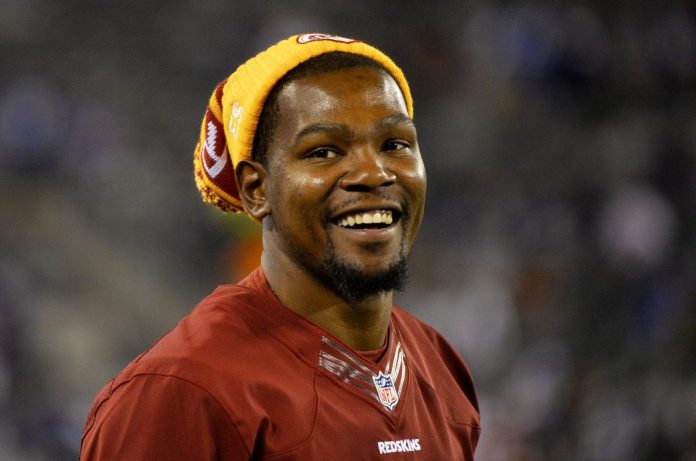 Unlike other NBA stars LeBron James and Zion Williamson, Kevin Durant has no notable experience playing football. But this does not prevent one team from trying to attract him to itself.

On Friday, the Jacksonville Jaguars decided to have some fun with the idea that Durant would join their team. They published a photoshopped image of the Brooklyn Nets star in a Jaguars T-shirt with the caption “Our next Chapter…” with a link to his infamous Players Tribune article announcing his move to the Golden State Warriors in 2016.

The post was clearly intended as a joke. But judging by the reaction, the fans are calm about it.

Their post has gained more than 600 likes and hundreds of retweets in just a few minutes from the moment of publication. Some of the comments are pretty funny too:

“My prayers have been answered,” wrote another.

“We finally got what we needed!!” The third fan replied.

There is no denying that Kevin Durant is one of the best athletes in the USA. But not every great athlete can become a great NFL player.

Even basketball stars who turned to the NFL, such as Antonio Gates and Jimmy Graham, had at least a little practice in football before reaching NFL fame.

Will Kevin Durant be able to succeed if he joins the NFL?