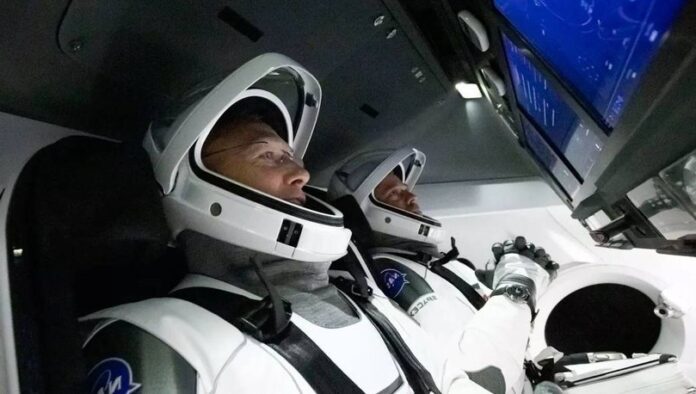 The National Aeronautics and Space Administration (NASA) broadcast live moments of the rocket and spacecraft owned by SpaceX to the International Space Station on NASA TV.

For the first time in history, a private company launched a rocket to send people into space. SpaceX successfully launched a spacecraft named Crew Dragon from the Kennedy Space Center in Florida, USA, at 2:25 pm local time, with 2 astronauts.

Behnken and Hurley are known as experienced astronauts who have performed space flights twice before.

In the event that SpaceX successfully transports astronauts to ISS, the National Aviation and Space Administration (NASA) is expected to recover approximately $ 85 million in costs per astronaut to Russia. Since 2011, NASA has been sending its astronauts to the space station with Russian Soyuz spacecraft because of suspending the manned flight project.
On the other hand, SpaceX was canceled due to bad weather 15 minutes before the first manned flight attempt on 27 May and was postponed until today.