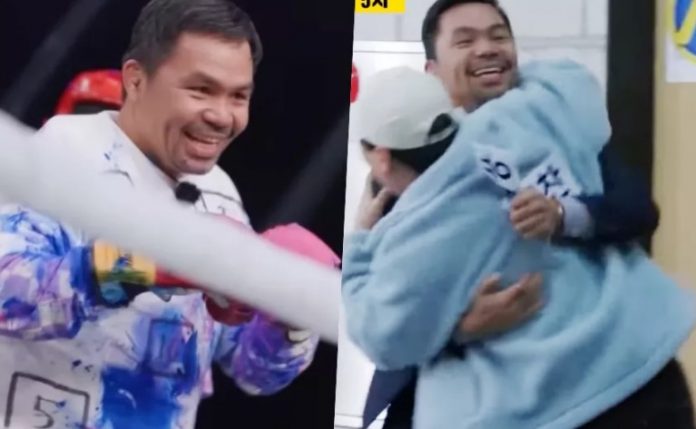 On October 16, an exciting synopsis of next week’s episode, in which Manny Pacquiao will be a guest, was shown on the SBS entertainment show.

The preview begins with the fact that the participants of the “Running Man” tease each other, practicing their boxing techniques. Kim John Cook defiantly asks the other participants: “Are you afraid because you heard that Pacquiao is coming?”

Shortly after, Manny Pacquiao solemnly walks out to the applause of the actors and the film crew. Then the boxer jumps right into the show’s signature game, ripping off the badges with the names of Yoo Jae-seok and Yang Se-chan at the speed of light.

Later, Manny Pacquiao and the actors go to the boxing ring, where they play a game in which they try to strike at certain areas painted on the opponent’s T-shirt. After mounting various “Running Man” contestants destroyed by Pacquiao in the ring, Kim John Cook approaches to prove his skills by fighting the legendary boxer.

The episode of “Running Man” with Manny Pacquiao will air on October 23 at 17:00. KST. In the meantime, check out the new preview below!