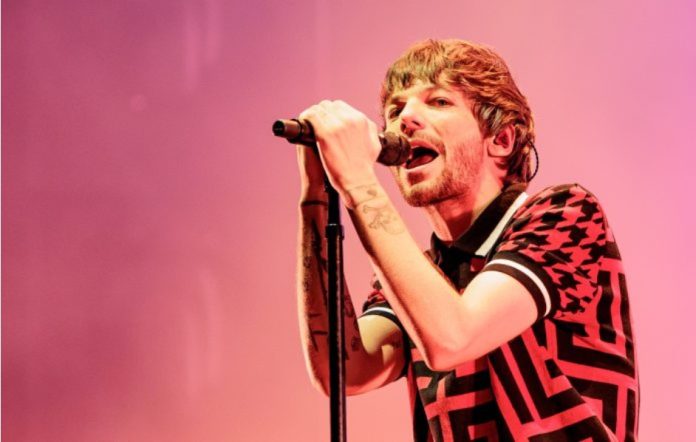 Tomlinson broke his arm after the show, which forced him to postpone a series of autograph events at the store.

Louis Tomlinson released his second album “Faith In The Future” on Friday (November 11) and, to celebrate, played an intimate show at New York’s Irving Plaza – check out the footage and setlist below.

Tomlinson began the performance with the debut live debut track “Faith In The Future” “The Greatest”, and then played two tracks from the debut album “Walls” — “Kill My Mind” and “We Made It”.

Elsewhere during the 11-track set, Tomlinson covered One Direction’s Night Changes and introduced five more tracks from “Faith In The Future” that debuted live, including recent singles “Silver Tongue” and “Saturdays”.

You can watch the footage from the fan shots and the full setlist below:

Tomlinson is set to play at London’s Shepherd’s Bush Empire later this week (November 18), but his upcoming series of autograph sessions has been postponed after the singer broke his arm after a show in New York.

Sharing an X-ray of the break on social media, Tomlinson wrote: “Thanks to everyone who has listened to the new album so far, it means the world to me. The show last night was incredible. Unfortunately, on the way back I managed to fall and break my right arm quite badly.”

“I am upset to say that I will have to reschedule the autographs in the store next week. New dates will be announced very soon. Thank you for your support and sorry to everyone who comes next week.”

Tomlinson is due to embark on a 40-day tour of North America next year. The concerts will begin on May 26, tickets can be purchased here.

After that, Tomlinson will return to Europe for a series of concerts starting in August, and then will embark on a UK tour in November. Tickets are on sale now.

In a four-star review of “Faith in the Future”: “If “Walls” found that Tomlinson is still figuring out what this part of his creative path should be, “Faith in the Future” feels much more confident. He is not reinventing the wheel of modern guitar music, but is a major step forward as the musician continues what he acknowledged would be an “ever-evolving process.” However, the second album shows that he is moving in the right direction.”

Manchester Night & Day Announces a Fundraising Concert to Save the...