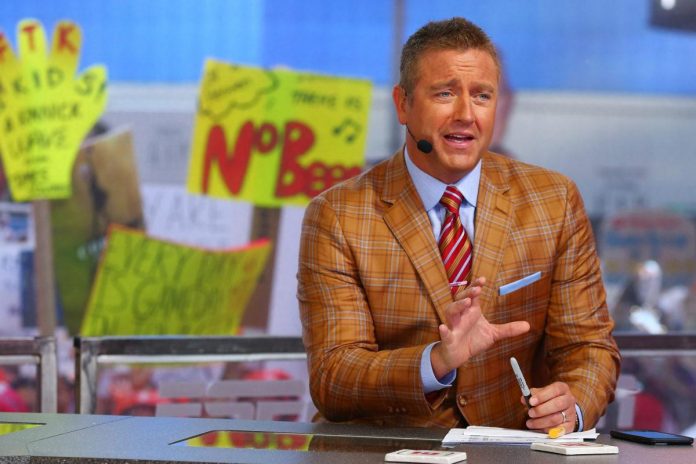 A new game was shown at the college football pregame show this morning. They tested their knowledge of the NCAA transfer portal, trying to guess where each quarterback went.

Finally it was Kirk Herbstreit’s turn. When Tommy DeVito appeared on the screen, Herbstreit couldn’t think of an answer and eventually let out a soft “oh shit.”

Hey Herbie, DeVito has been transferred from Syracuse to Illinois.

College football fans are excited about the return of Gus Johnson