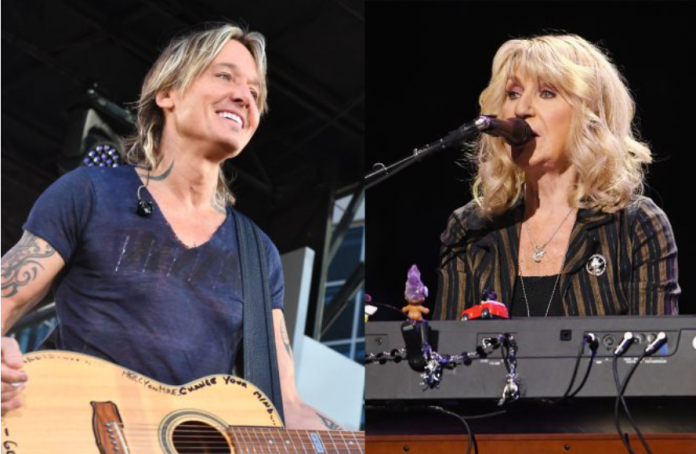 Keith Urban has joined an extensive list of artists paying tribute to the late Fleetwood Mac icon Christine McVie, who died on Wednesday (November 30) at the age of 79.

Speaking on the Gold Coast on Thursday (December 1), Urban paused the show to give a short speech in memory of McVie. “Today,” he said, “we lost one of the Fleetwood Mac members, the incredible Christine McVie, who was amazing.

“For me, when I was growing up listening to their music, there were three amazing vocalists in your band. You had Lindsey Buckingham, who brought this punky, angular spirit to it all. And you had the voice of Stevie Nicks, which was angelic [and] otherworldly. And you also had Kristina, who for me was a motherly, soulful heartbeat in the vocals in this band.”

Urban then performed a medley of Fleetwood Mac songs conducted by McVie, including “Say You Love Me” (from the band’s 1975 album of the same name), “Everywhere” (from the 1987 album “Tango In The Night”) and “Songbird” (from 1977’s “Rumors”). All the while, McVie’s photo was being broadcast on the screen behind Urban.

Watch the tribute clips below.

McVie died early Wednesday morning; the cause of death was not confirmed, although her family noted in a statement that her death came “after a short illness.”

Others who paid tribute to McVie included her bandmates Mick Fleetwood, Nicks and Buckingham, as well as Bill Clinton, Haim, LCD Soundsystem, Harry Styles and many others.