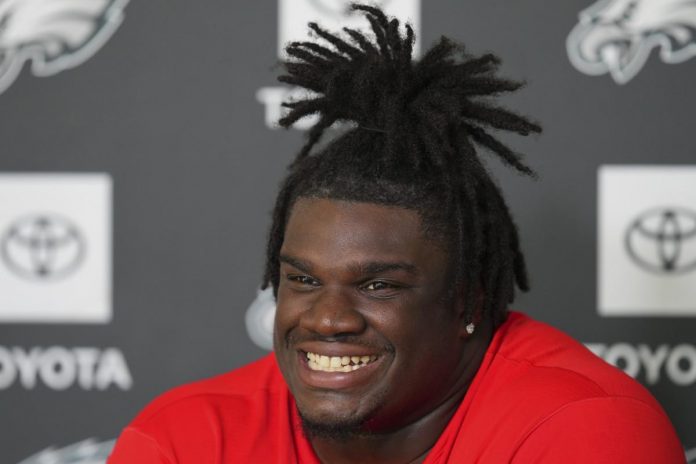 Over the weekend, a clip of Davis with Cam Jurgens during the exercises went viral on social networks. But the former Georgia standout doesn’t like the way he’s been received, saying he’s not telling the whole story of what happened.

“I always say looks can be deceiving, so… one rep went viral, but Cam didn’t give up. He’s a very good player and it’s just a good competition. It’s iron on iron,” Davis explained. “So you see the background of everything, but don’t let the hype get to you.”

It’s nice to see how Davis publicly stands up for his teammate and shows what kind of player Philadelphia gets with its 13th overall ranking.

The Eagles could have gotten them in a mountain nose grab from Athens.