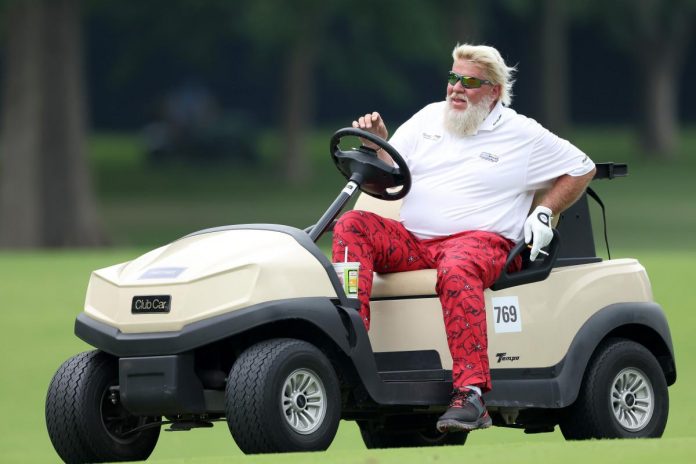 In the afternoon, the Arkansas Razorbacks, number 19, will face the Cincinnati Bearcats, number 23, for the long-awaited matchup in Fayetteville.

Legendary Arkansas football fan John Daly took the stage before the game in the episode “Marty and McGee” — and his appearance, to put it mildly, was memorable.

The longtime PGA Tour professional also showed off some of his golf skills during an appearance on the SEC Network.

Arkansas fans were enraged when Daly blew up the disc, which exploded into a red Razorback explosion.

Growing up in Dardanelle, Arkansas, Daly is a longtime Razorbacks fan. He played in the Arkansas Golf Program from 1984 to 1987. His son, John Daly II, is currently a sophomore on the Razorback golf team.