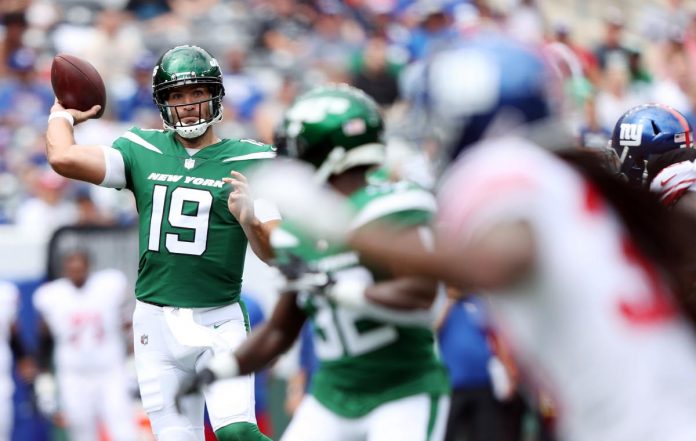 Flacco’s interception caused a viral reaction on the NFL Twitter.

“You can see Mike Carter breaking free. The problem is that Kalitro breaks with him,” Connor Hughes said. “Flacco doesn’t see Kalitro. Or he saw it and threw it straight to him anyway.”

“LMAOOOO and Jet fans were just recently talking [expletives] about Mac,” a Patriots fan tweeted. “And that’s what they should be watching.”

With former second overall pick Zach Wilson still recovering from knee surgery, Flacco is likely to be the first-week starter against the Ravens.

Everything you about the NBA All Star 2020: equipment, schedule, time...