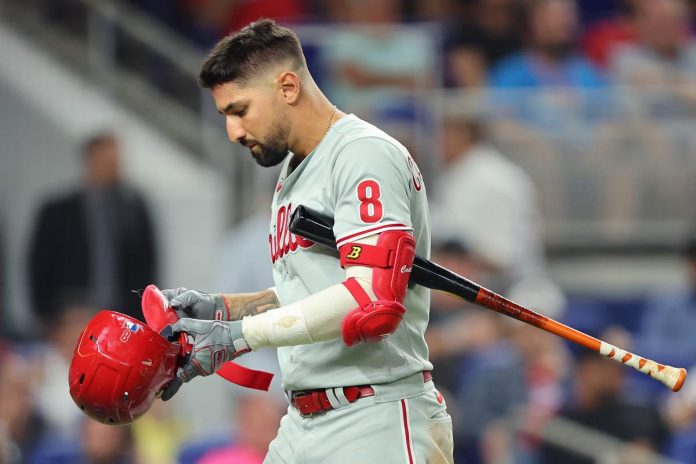 Nick Castellanos decided to fight with one of the best reporters of the Philadelphia Phillies on Saturday night.

When Castellanos was asked this question, he said: “I lost my hearing” before Salisbury clapped his hands. The two then continued to talk before being separated by the team’s media staff.

Here is the full video:

Castellanos has the first year of a five-year, $100 million contract he signed in the offseason.

He has not lived up to expectations so far, as he is batting .245 with eight home runs and has struck out 96 times.

Let’s see what happens when Salisbury and Castellanos cross paths again in the locker room.

David Carr named the number one cornerback in the NFL