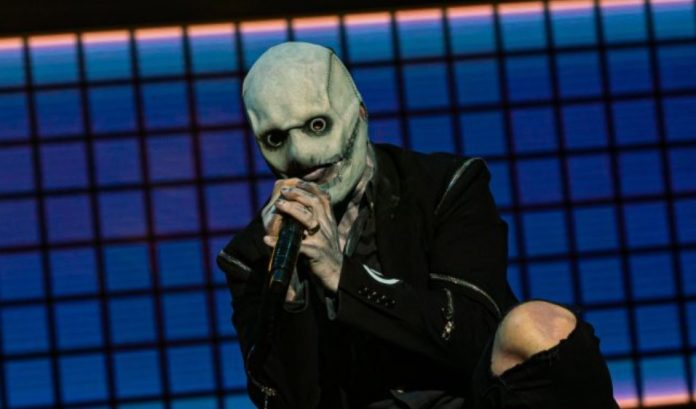 Slipknot frontman Corey Taylor commented on rumors that the band will perform at Download Festival 2023.

Last weekend, the singer took part in a question and answer session at the For The Love Of Horror convention in Manchester, where he was asked if Slipknot would perform at Download next year.

After asking fans to get their phones out, he ambiguously replied, nodding and grinning.

“I will try to make it as clear as possible,” he said. “In my life, I can neither confirm nor deny. I wish I could tell you that we’ll be there, really.”

“Unfortunately, I don’t have an answer to this question right now, so I’ll let you know when I can.”

A video of Taylor’s response has since been uploaded to social media by the convention’s organizers, Monopoly Events.

Taylor’s appearance on For The Love Of Horror comes a few weeks after Slipknot released their seventh studio album, The End So Far, which earned the band their third number one in the UK.

In a new interview for NME magazine Big Read, Taylor recently called this album the most experimental and inventive in his career.

“Musically, we’ve never shied away from challenges,” he said. “It got to the point where you thought, ‘Where are we going?’ [We said] let’s look back for inspiration instead of trying to look forward, and let’s try to accept the shit that made us want to do this. first of all.”

He continued: “We’ve always been experimentalists,” noting that some fans will have a “fucking cystic embolism” when they hear the album.

The Slipknot frontman also spoke about the band’s decision to part ways with Roadrunner Records after 22 years on the label.

“Our task is to lay the foundation for bringing ‘Famous Monsters’ into the modern era, as well as honoring the legacy that came before,” Taylor said. “That’s the only reason we’ve been fans since the beginning.”

He added: “It was the first real place where we horror lovers could feel safe and connected, as if we weren’t alone. The Internet has made it easier for us to communicate, so I want to make this another viable place for them.”

The Spin-off of John Uk by Ana De Armas Is Being...