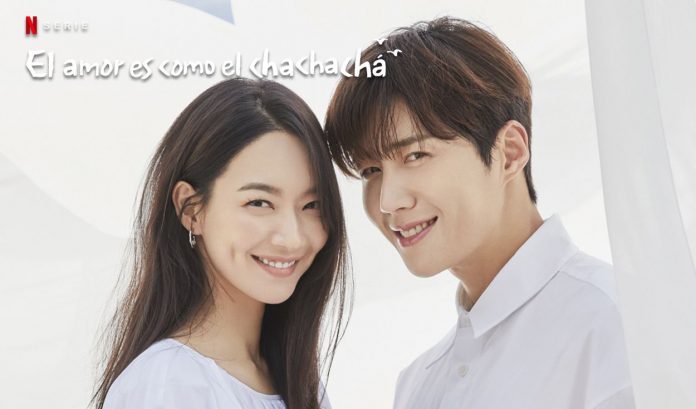 Kim Seon Ho and Shin Min A, the ‘dimpled couple’, enter the scene in the drama Love is like the Hometown Cha-Cha-Cha. What time do your episodes premiere?

The K-drama that romantic comedy fans have been waiting for is here. Shin Min A and Kim Seon Ho promise to thrill audiences with their fun chemistry at Hometown Cha-Cha-Cha. Here we tell you what you need to know to see its official premiere.

The series is titled Hometown Cha-Cha-Cha and will tell a story of the romance between a dentist and a young “thousand jobs” in a picturesque province.

The drama is a remake of the Mr. Hong movie, but it will have its own twists that will distinguish it from its original version.

Yoon Hye Jin is a dentist from the capital who has a down-to-earth character. She steps out of her comfort zone by moving to a coastal village called Gongjin. At first, she is not familiar with the customs of the area, but meeting Hong Doo Shik helps her make friends with all her neighbors and adapt to the place.

On the other hand, the latter is the representative of the community because he helps all his neighbors in whatever they need. Although he is unemployed, he makes a living in casual trades and has a long list of licenses up his sleeve.

Characters and actors of Hometown Cha-Cha-Cha

Where to watch episode 1 of Hometown Cha-Cha-Cha?

Hometown Cha-Cha-Cha is a production of the cable channel tvN, which will broadcast it throughout the South Korean territory. Foreign fans can access this station with websites similar to Aqstream.

Netflix is the official distributor of Hometown Cha-Cha-Cha in various regions of the world besides Korea.

The Latin American portal has it present as a forthcoming premiere without a fixed date, which leads to thinking that its broadcast will not be simultaneous. The chapters of Kim Seon Ho’s drama will be published at the end of the series, as well nevertheless.