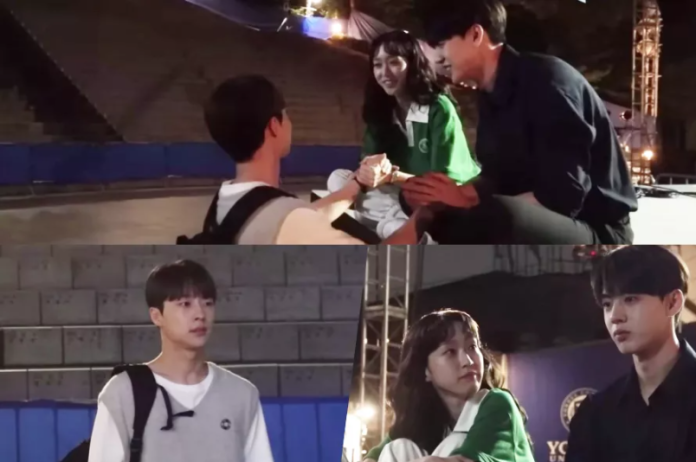 “Cheer Up” released a behind-the-scenes video for Episode 8!

SBS’s “Cheer Up” is a mystical romantic comedy about a college campus about a college support group whose glory days are long gone, and now it is on the verge of disintegration. Han Ji Hyun plays Do Hae Yi, a rookie from the support group of Yeonhee University, who has a cheerful character, despite the fact that she faces difficult circumstances at home. Bae In Hyuk plays the often misunderstood captain Teyi Park Jung-woo, who firmly adheres to the rules, but at the same time is a romantic at heart.

The new video takes viewers behind the scenes of Episode 8, where the actors begin their usual charming antics whenever the cameras stop spinning.

During the filming of the scene in which the team is preparing for the upcoming festival with posters and flyers, Han Ji Hyun, Bae In Hyuk and Lee Eun Saem do not miss the opportunity to have fun with props, their silly smiles and laughter. contagious. Bae In Hyuk also shows off his impressive impersonation of co-star Hyun Woo Seok, even going so far as to put on a pair of glasses like the other actor and make his colleagues dissolve into uncontrollable laughter.

Then comes the emotional scene between Han Ji Hyun and Kim Hyun Jin, which Bae In Hyuk watches from afar. Although the scene certainly touched the audience to the core in the drama, these three make it clear that in real life everything is fine between them as soon as the director shouts “Cut!”

Watch the full video below!

Elden Ring Prepares The Sending Of Invitations For Its Closed Beta

Among Us, VR Announces the Skuld II Map and New Sus...