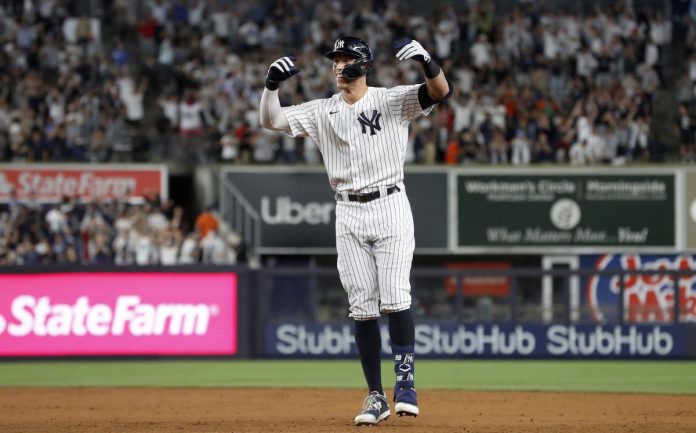 Judge hit his 56th and 57th home runs last night against the Boston Red Sox. He is now just four home runs short of the Yankee record (61) set by Roger Maris in 1961.

His second home run of the night helped the Yankees tie the game with four runs apiece as the team continued to win in extra innings. However, it was one fan’s reaction to Judge’s five that became a lasting image.

After one of his home runs, Judge found a fan’s hand and gave it a high five.

Her reaction is priceless.

Chad Jennings from The Athletic caught up with fan Cecilia Jacob, who couldn’t believe it at that moment.

“You see how he comes up to high—five,” Cecilia said. “But when he’s actually going to high-five, you don’t see it. But then you catch my hand after you’re shaking, frozen in the air, because my hand stayed there for about five seconds after I couldn’t believe it.”

The little gestures of sports stars can make a huge difference.

Watch: Here’s how Archie Manning played in the first game of...