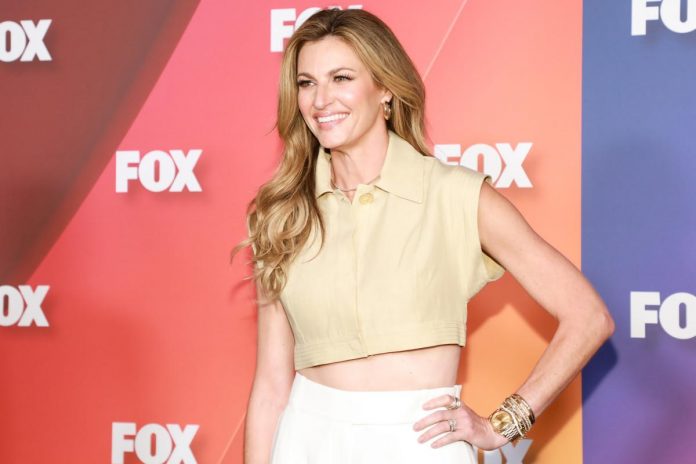 In the latest installment of her podcast with Charissa Thompson, Erin Andrews shared a terrifying story about what happened to her last weekend.

Andrews said she was at the conference with fellow Fox TV hosts Kevin Burkhardt and Greg Olsen. She was also talking to several members of the Green Bay Packers, including Aaron Rodgers, when she noticed her driver had fallen asleep.

“I’m typing, the headphones are working, everything is fine with us. I hear snoring,” Andrews said. — I know it’s not Greg Olsen, Kevin Burkhardt or Aaron Rodgers. It was my driver who fell asleep at the wheel. On the highway from Chicago!”

Thompson interrupted: “Time out. What do you mean, he fell asleep at the wheel?

Thompson was worried. “Is the car coming? Are we parked yet? she asked.

Andrews continued the heartbreaking story. “Moving. 65 miles per hour,” she said. “I’m so grateful that I turned off the sound in my phone, because we’re in Zoom. I put the phone on silent mode and say, “ARE YOU SLEEPING A LITTLE?!” Clark Griswold wakes up, it was terrible. So now I have the quarterback of the team I’m trying to work on, I’m trying to take notes. I have complete anxiety. This is not the way I want to go down. I don’t want to die like this…”

Fortunately, the driver did not crash, and Andrews safely reached her destination.

However, she will most likely no longer use this driver.