Home Entertainment Watch Dogs 2: How to escape from the police 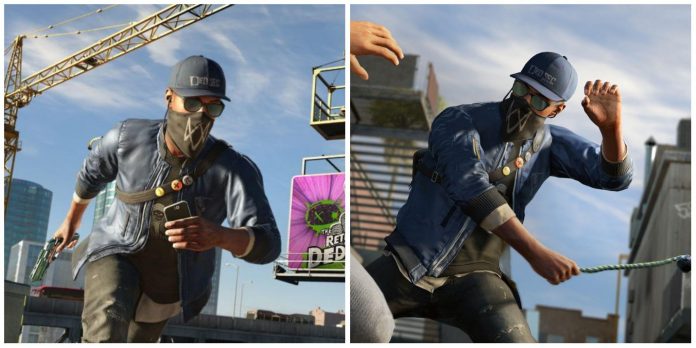 Watch Dogs 2 is a sequel, improved over the first game in almost every way. Aiden Pierce was an empty shell of the main character, stuck in a dull and lifeless game, tonally contradicting the wild fun of hacking and shooting at enemies. This is the main reason why the first game was so controversial, possibly starting the Ubisoft hate train that continues to this day.

In comparison, the second game seemed like a breath of fresh air. The game seemed more lighthearted without losing sight of the bigger picture, and it helped that the main character wasn’t completely unbearable either. The whole world also felt more sensitive to the player, in particular, the police chases were quite intense. If players are struggling to escape from the police while playing Watch Dogs 2, here are some tips.

6. Behave in front of the police

Perhaps the most obvious advice that players should keep in mind if they are having trouble with police chases is to simply not run them at all. Marcus can easily stay on his best behavior by holstering all firearms and not causing too much noise when walking or driving.

Committing a criminal offense in front of the cops instantly causes a chase, which can be quite annoying. Staying in the chase for too long increases the heat level, so players should focus on escaping from their pursuers and hiding as soon as possible.

5. Preventing the passage of emergency calls

Sometimes NPCs can report crimes that occur out of sight of a police officer. This can prove to be a major obstacle for players who don’t have a hacking ability that they can use to stop these calls from afar.

Until then, players will have to threaten NPCs and turn off their phones, shortening the distance, which should be the player’s first priority. In a shootout, adding cops will only complicate the task and make it more annoying.

Heat levels determine how much force the police will send after Marcus if he commits a crime. So even when players eventually become wanted, it’s still relatively smooth as long as they don’t let their heat level go overboard.

With that in mind, it’s important to just run away and not get into a shootout with the police when players are wanted. Failure to comply with this golden rule will gradually lead to the player being suppressed by the police, who will leave no stone unturned in their hunt.

3 Use hacks instead of bullets during the chase

Trying to escape from the cops, most players may want to just drive past to cause the police to panic. However, these bullets not only do not have as strong an impact as one might expect, but they also make the police even more angry. If the players use bullets, the police will send even more boys in blue after a lone hacker with incredible resilience.

At this time, players are better off using hacks to disrupt the chase. Fiddling with traffic lights and locks does a great job of stopping police officers on their way and slowing them down long enough to get out of sight and find time to hide.

2 Use a good car to quickly escape from the cops

Speed is paramount to success when it comes to chasing. Players who end up not giving their all during these chases will find that the police are chasing them at every turn, which can get boring very quickly.

Instead of trying to escape in an incredibly slow vehicle, players are better off using something faster or more mobile. A fast sports car works wonders when it comes to leaving the police behind, while a bike is more maneuverable and can cut through turns where a police cruiser will get stuck.

1. Find a good hiding place after evading the police

Just getting away from the police isn’t enough to stop them from chasing Marcus. Players need to find a good hiding place where they can wait until everything cools down while the police examine the area and try to find the criminal who caused them so much trouble.

If you are spotted trying to hide, a chase sequence will begin, and this is obviously the last thing the players will want to deal with. So, instead of wandering around and hoping that no cops will get in their way, ideally players should find a quiet alley or corner and wait with bated breath until the cops finally get off their tail forever.

Chicago Fire Season 11: Everything we know so far about the...