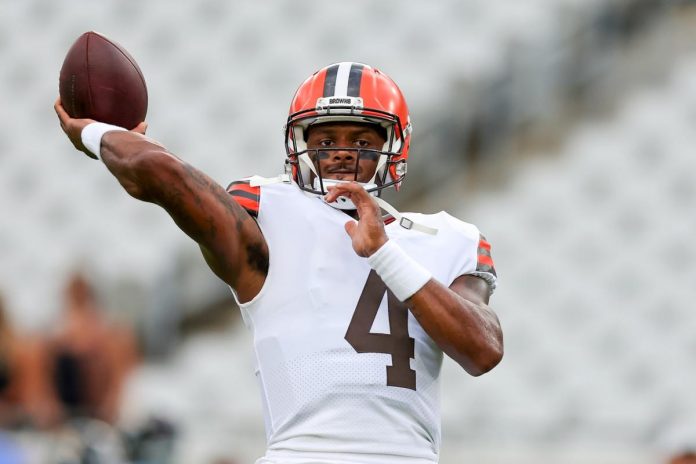 After the final decision on Thursday, the Cleveland Browns organization released a statement on behalf of Deshaun Watson.

The 26-year-old QB shared his thoughts on the 11-game suspension and $5 million fine imposed by the NFL.

“I am grateful for the completion of the disciplinary process and extremely grateful for the tremendous support I have received during my short time in the Browns organization. I apologize once again for any pain this situation has caused. I take responsibility for the decisions I have made. In the future, I will focus on becoming the best version of myself on and off the field, as well as supporting my teammates as much as possible while I’m away from the team. I’m excited about what the future holds for me in Cleveland.”

Initially, referee Sue L. Robinson disqualified Watson for six games and did not fine him. Commissioner Roger Goodell and the NFL have appealed this initial decision in search of a more severe punishment for the Browns’ QB.

Goodell and the league initially sought Watson’s suspension for the entire season, but eventually came to an amicable agreement with the NFL Players Association. The $5 million fine in addition to his 11-game suspension will go to a charity to prevent sexual harassment and assault (plus an additional $2 million from the NFL).

Watson, who has been charged with 24 counts of alleged sexual harassment, issued a public apology over the weekend.

Watson’s first comeback game will be a Week 13 matchup against his former Texans team in Houston.