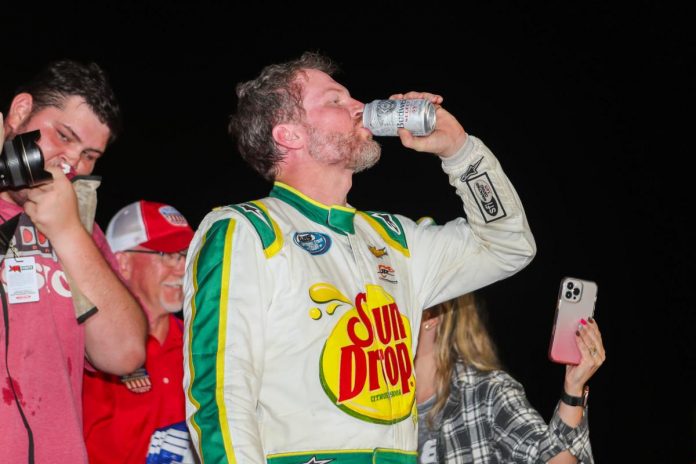 On Wednesday evening, Dale Earnhardt Jr. took part in the race of production cars of the latest models for the first time in almost 25 years.

Not only did the legendary racer return to his roots, he also finished third in the CARS Tour Window World 125 race at North Wilkesboro Speedway.

In response to a video clip showing a warm welcome by her brother’s crowd, Kelly Earnhardt tweeted a heartfelt message.

“I’m so proud of my brother! On and off the track, he put his heart and soul into this race. There is no greater supporter of mass late model racing than @DaleJr,” she wrote.

Earnhardt Jr. shared how much this race means to him after crossing the finish line on Wednesday night.

“Many people believed in it, but not enough. Enough switches have worked and enough lucky events have happened to get us here. But I still don’t believe it. in the car, you could feel the energy. It was exactly the same as in 1990.”

The North Wilkesboro Speedway in North Carolina has been virtually unused for decades after the NASCAR Cup Series ended in 1996. Earnhardt has been a vocal advocate of reviving the track for this year’s race.

PSG: Neymar hurt, Pierre Menes does not believe it!