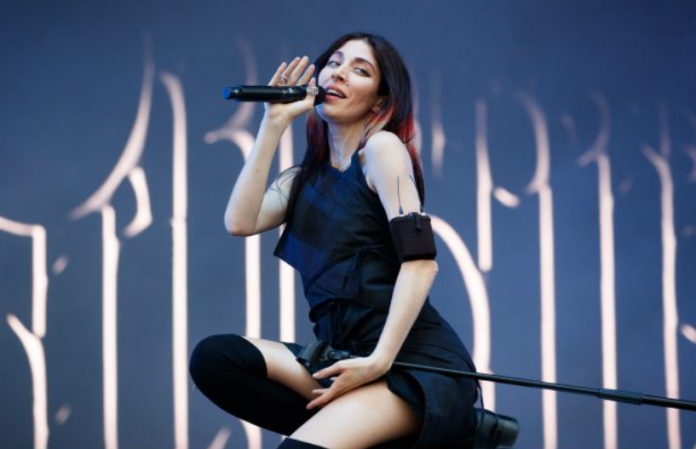 Caroline Polacek today (October 17) shared a new video for her latest single “Sunset” — watch it below.

The song was co-produced by Polacek with Sega Bodega; Polacek was also one of the directors of the video for the song, shot in Barcelona, together with Matt Copson. Earlier this month, she teased the release of the track on Instagram.

The single follows “Billions,” which was released earlier this year and came out just a few weeks after the musician shared a track written for the Kurt Cobain-inspired opera “The Last Days.”

Oliver Leith’s opera The Last Days is based on Gus Van Sant’s 2005 film of the same name, inspired by the absence of five days between Cobain’s escape from a rehabilitation center in Los Angeles and suicide in the wing of his Seattle home. It was performed at the Royal Opera House in London.

Polacek’s aria “Non Voglio Mai Vedere Il Sole Tramontare” was produced by Danny L. Harle, and the title in Italian means “I never want to see the sun go down”.

She was scheduled to begin a UK and European tour in support of her 2019 solo album “Pang” later this month, but recently pushed the dates to 2023 to finalize her new album. She also confirmed that she will not be joining Flume on the producer’s Australian tour in November.

“It’s been an exciting year of performing and I’ve enjoyed every second of it, but my new album is very close to completion and I need more time on the road to give it the continuous attention it requires,” Polacek said.

“This album was a slower process for me because of all the touring during its creation (“Pang” would have toured years earlier if not for covid), but it was worth it, and the energy we shared at these concerts immediately plunged into new music,” she continued. “I’m so grateful for such an incredible live audience and I won’t let you down.”