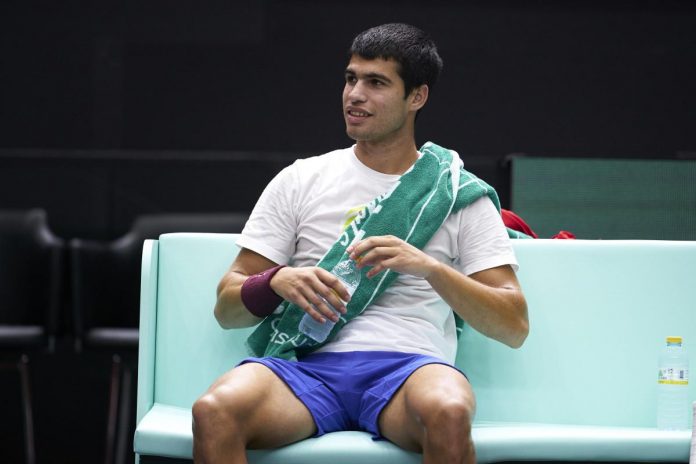 The 19-year-old Spaniard reacted on Twitter to Federer’s decision to leave on Thursday morning.

Alcaraz is a long—time fan of Federer. In 2021, the promising superstar compared his style of play to the style of a 20-time winner of major tournaments.

“To be honest, I don’t copy any style of players. I’m just playing my game,” Alcaraz said. “But if I have to name one player who is similar to my game, I think it’s [Roger] Federer. I think the same way as my game, trying to be aggressive all the time. I think it’s a good [comparison] for me.

“I’m trying to be aggressive all the time with a forehand, a backhand. I think I need to improve my serve a little bit. But I think it looks like yes.”

An old video clip in which 12-year-old Alcaraz calls Federer his “idol” is also going viral on social networks.

After winning the 2022 U.S. Open and winning first place in the world, Alcaraz was asked about his next tennis goals.

“Playing against Federer would excite me and beat a player of the “big three” [Federer, Rafael Nadal, Novak Djokovic] in a Grand Slam tournament. I’ve always said to be the best, you need to beat the best,” he said. answered.

Although Alcaraz will not be able to fulfill his dream of playing against Federer at a Grand Slam tournament, he can still draw inspiration from the great tennis player of all time.