Home Celebrity Watch BTS and Barack Obama in the Dear Class of 2020 YouTube... 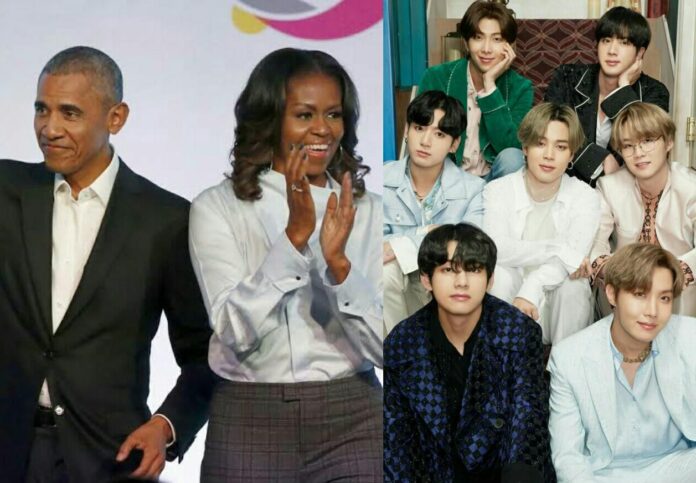 Watch BTS and Barack Obama in the Dear Class of 2020 YouTube Early Today. A few weeks ago YouTube announced that it would hold a large digital virtual concert involving a number of international artists.

Not only that, former US President Barack Obama and his wife Michelle Obama also participated in this event .

The event titled ” Dear Class of 2020 ” was also trending on Twitter with the hashtag #DearClassOf2020 and was tweeted more than 240 thousand times.

Actually, this event was scheduled for June 6, 2020 yesterday, as reported by Variety .

There are 5 session times aired this time, where President Barack Obama will attend the first session as the opening and 4th session.

While BTS was present in the last session, the 5th session.

BTS is one of the artists and groups invited from around 70 international artists who participated.

Iris Mittenaere poses in mini-shorts with the adorable kids!

SELENA GOMEZ ON THE CRITICISMS FOR HER WEIGHT INCREASE: “THIS TYPE...