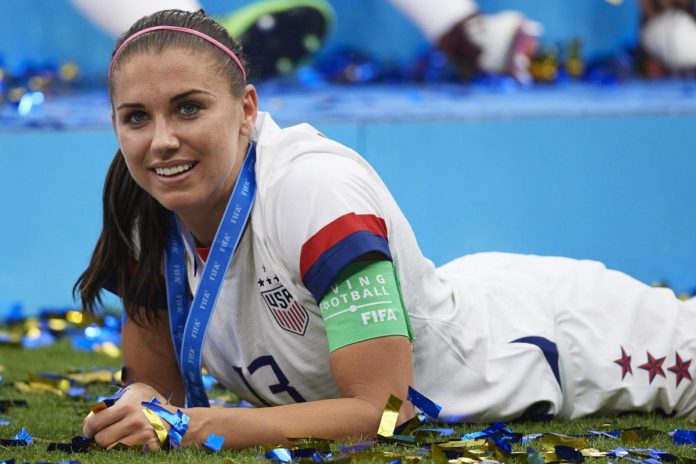 After Serena Williams retired after the 2022 U.S. Open, some of the biggest names in the sport are starting to shower her with thanks and wishes. Among them is another pioneer of women’s sports, Alex Morgan.

This week, Morgan posted a heartfelt message to the 23-time Grand Slam winner on Instagram. Together with her daughter, Morgan congratulated Serena on her career and thanked her for becoming a pioneer among athletes.

“You have given so much to tennis and women’s sports. Thank you, @serenawilliams,” Morgan wrote.

Morgan’s post is going viral with thousands of likes and comments with wishes for both the USWNT superstar and Serena Williams.

Alex Morgan was still a kid when Serena Williams turned pro, and hadn’t even been to high school before Serena won her first few major tournaments and an Olympic gold medal.

By the time Morgan started playing professionally in 2008, Serena had already had more than a dozen Grand Slam tournaments and a gold medal.

Since then, Serena and Morgan have established themselves as the two greatest players of all time in their respective sports. Serena’s achievements are well documented, and Morgan is a two-time world champion and Olympic champion.

Morgan and Serena won gold medals together in London in 2012.

But the last chapter of Alex Morgan’s career is far from being written, and Serena seems ready to close the book on her own.

The Belgian Grand Prix in Formula 1 is over: fed up...