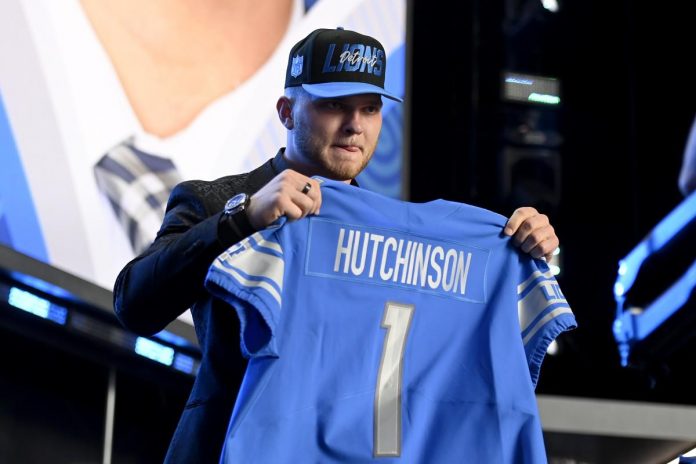 The Hutchinson family will get quality airtime during tonight’s season debut of HBO’s Hard Knocks.

Earlier this week, the sister of the future NFL star shared a photo with the Miss Michigan USA belt on Instagram.

As the winner from Michigan, Aria will take part in the 71st Miss USA Beauty Pageant in Reno, Nevada, on October 3.

If there was a Mr. Michigan USA award, Aidan Hutchinson would certainly be among the contenders. After setting a program record with 14 sacks during his senior season with the Michigan Wolverines in 2021, he became the second overall pick of the hometown Detroit Lions in the 2022 draft.

Hutchinson is expected to make an immediate impact as a member of the Lions’ defensive unit in the upcoming season.

An NFL player had an accident at home in the kitchen,...