Home Sport Watch: a man has been identified in a viral video from a... 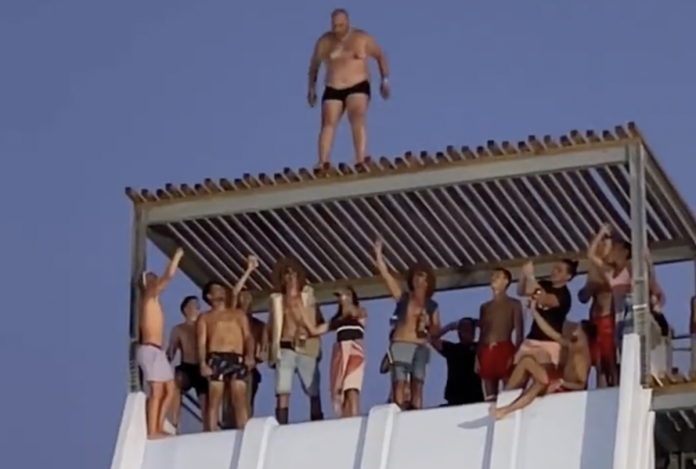 Recently, a man went viral because of a daring jump from a water slide.

When the footage flew around, social media users wondered if the man was trying to show a dangerous image during a difficult divorce or a midlife crisis. Or maybe he was an unwinding dad who drank too many adult drinks.

But, like many other things, it was the result of corporate marketing.

The Frenzy Water Park, located in Torreya, France, hosted a competition sponsored by Red Bull. The person from the video is known as “La Talisman” or Mascot.

According to his Instagram account, La Mascotte received serious bruises from the stunt. However, otherwise, he seemed to have escaped the jump unharmed.

He must really like rough landings in the water, since he also jumped from a bridge and from other extended objects.

So the lesson for anyone watching is not to try it at home or at a local water park. Unless, of course, an energy drink company pays for brand awareness.