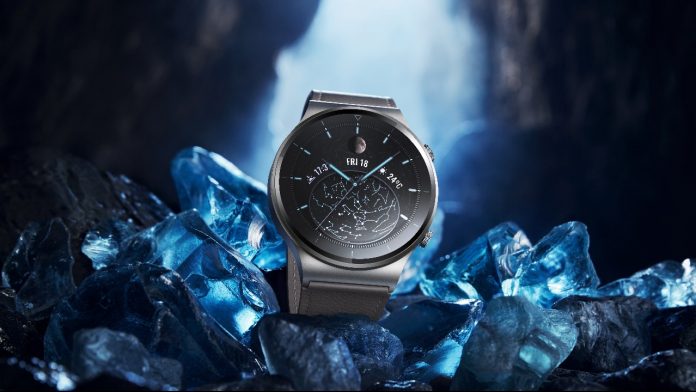 Watch 3 Pro is coming very soon. The design and some features of the smart watch Watch 3 Pro, whose introduction date is approaching, have emerged.

Restricted access to Google services due to the US embargo, Huawei is preparing to leave the Android ecosystem altogether. This operating system, called HarmonyOS, is planned to be used not only on smartphones, but also on all devices developed by Huawei and turn into a new ecosystem.

Prepared to introduce the highly anticipated HarmonyOS on June 2, Huawei will also introduce products using this operating system, such as Watch 3 Pro and P50 Pro. Just days before the launch date, leaks related to these products continue to come. First, after the interface used by the watch leaked recently, some visuals showing the design have now emerged.

There is not much detail about the design of the watch in the resulting images. However, the round screen and thin bezels of the watch attract attention.

Huawei Watch 3 Pro, which is not yet known with what features it will come with, will allegedly stand out especially with its battery performance. Battery time, which is very important in wearable technologies, will be a serious plus for the company. The smart watch, which is expected to support eSIM technology, will be able to offer internet and various connections alone without the need for any device.

Body functions tracking, which is the priority of wearable technologies, will also be found on the watch. In addition to heart rhythm measurement, sleep tracking and artificial intelligence-supported activity tracking as standard, it will be able to measure body temperature.

Tekken CEO, responsible for the most expensive project