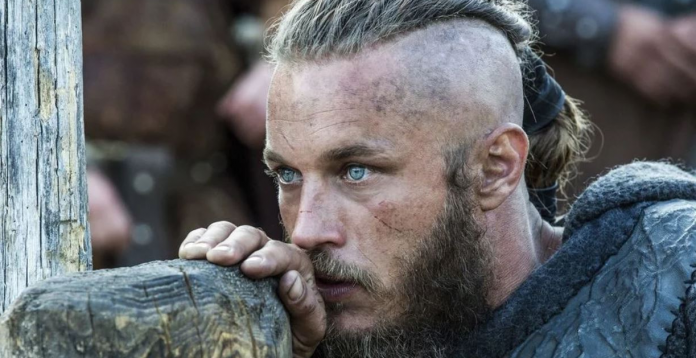 Vikings fans are still mourning the loss of Ragnar Lothbrok (Travis Fimmel) and are curious to know more about him and if his whole story was really told.

Ragnar Lothbrok, also known as Ragnar Lodbrok, was a legendary Norse Viking hero. He is also described in the Norse sagas – Ragnar Lodbrok Saga and Sögubrot Saga, – as a mighty king.

As stated in the sources, it is believed that Ragnar launched many raids in Anglo-Saxon England and the Holy Roman Empire during the 9th century, as described in the Vikings history series.

While Ragnar’s sons Ivar the Boneless, Halfdan Ragnarasson, Bjorn Ironside, Ubbe, and Sigurd Serpent in the Eye are actual historical figures, there are doubts as to whether the Ragnar Lothbrok we know of in Vikings actually existed.

The show’s creator Michael Hirst combined historical fact with fiction to tell the story of Ragnar’s wives who is portrayed as having two wives: Lagertha (Katheryn Winnick) and Aslaug (Alyssa Sutherland). However, this is not the case.

According to Danish sources, such as the Gesta Danorum, Lagertha was Ragnar’s first wife. Her second marriage was to Thora Borgarhjort (Eve Connolly), who in Vikings is portrayed as Hvitserk’s mistress.

With Thora, he had two sons: Erik Weatherhat and Agnar. After Thora’s death, he married Aslaug, who gave birth to Ivar the Boneless, Bjorn Ironside, Hvitserk, Ragnvald, and Sigurd Serpent in the Eye, children who could be seen in Vikings.