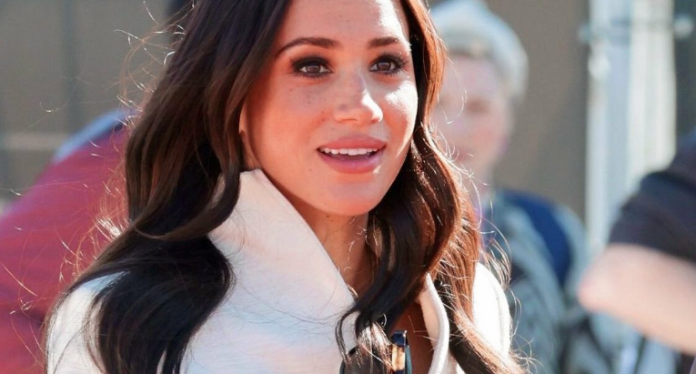 Meghan Markle’s much-publicized podcast “Archetypes” concluded on Tuesday with the last episode starring Andy Cohen, Judd Apatow and Trevor Noah. The finale of the first season of Archetypes, titled Manifesting A Cultural Shift, was completely different from the other 11 episodes. From the very beginning of the podcast, fans have seen how Meghan Markle invites women from different spheres to talk about labels that impose restrictions on women.

Listening to the last episode of #Archetypes with Meghan Markle Duchess of Sussex n I'm beyond thrilled to listen to @TrevorNoah and the other great men. Archetypes Podcast is a movement that doesn't end. Let's keep the discussions alive by sharing the gems. #MeghanMarkle pic.twitter.com/0JiUOFkhWL

However, the 12th episode belonged entirely to three men. Apart from Andy Cohen, Trevor Noah and Judd Apatow, Prince Harry is the only man to appear on the podcast. In the first episode of “Archetypes,” the Duke suddenly appeared to say hello to tennis sensation Serena Williams. During the finale, Meghan Markle reflected on what prompted her to invite three men to a show about the demonization and suffering of women.

Meghan Markle wanted to bring a male point of view into the conversation.

Meghan Markle thanked her husband, Prince Harry, for inviting Trevor Noah, Judd Apatow and Andy Cohen to the podcast. The Duchess claimed that it was the royal Prince who advised her to include male voices and thoughts in the podcast to make it more spectacular. The former American actress said that Archetypes is a space designed exclusively for women so that they can share their experiences with various labels. However, her husband’s proposal gave her a new perspective.

“If we really want to change the way we think about gender and restrictions, we need to expand the dialogue. We need to include men in this conversation and, of course, in these efforts,” Meghan Markle said during the episode.

Meanwhile, it is believed that the Duchess is already planning a second season of “Archetypes”. Spotify has attracted a lot of new listeners through the podcast, and they are interested in continuing the show next year. It is noteworthy that the royal family of Sussex has signed a three-year contract for $ 18 million with an audio streaming platform, where they need to produce various content.

What do you think of the Spotify podcast? Share it with us in the comments below.

Halo Infinite: Season 2 Will Allow You To Earn Credits In...

School of Good and Evil: 6 Things We Know about the...