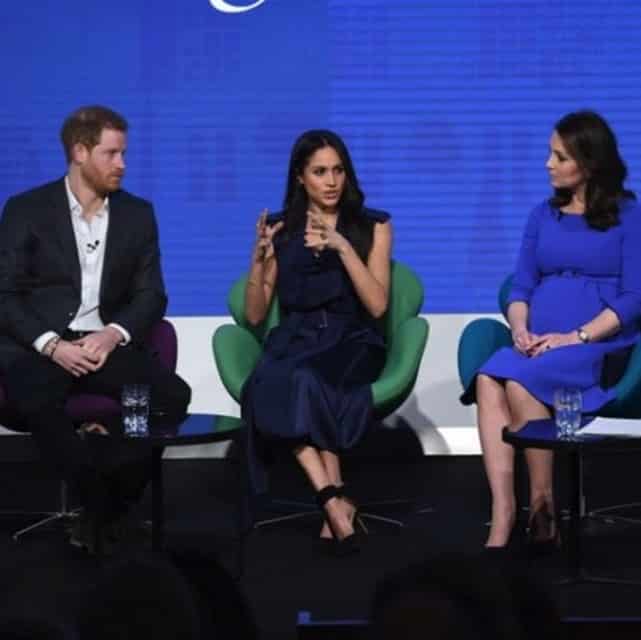 Not long ago, Meghan Markle and Harry gave an interview to Oprah Winfrey! But the broadcast date annoys a lot in England.

Meghan Markle and Harry continue to divide across the Channel. This time, the English criticize them for broadcasting their interview with Oprah Winfrey on the same day of the Commonwealth celebration.

At the moment, Meghan Markle and Harry are often in the headlines! Since the Megxit, the couple is rather rare.

But whatever they do, the Sussexes are unleashing passions much to the Firm’s dismay. Installed in Montecito, the parents of little Archie do their best to improve their image.

In fact, last year they were able to replenish their bank accounts thanks to their contracts with Netflix and Spotify. In parallel to all this, Meghan Markle and Harry are also very picky about the choice of their interventions.

Not long ago, the Sussexes granted an exclusive interview to their great friend Ophrah Winfrey. The famous presenter present at their wedding, always supported them in the good times as the bad times.

This interview is scheduled to air on CBS on March 7. Only problem, that day Queen Elizabeth and other members of the Windsor clan will participate in a program to celebrate the Commonwealth.

The height! Unsurprisingly, this little detail has ignited the powder in England. For Richard Eden the editor of the “Daily Mail”, Meghan Markle and Harry are provoking the crown.

THE ENGLISH NO LONGER SUPPORTS MEGHAN MARKLE AND HARRY!

“If Harry and Meghan Markle cared about the Commonwealth, why did they accept this date for their big Oprah interview?” Richard Eden protested on Twitter.

In the comments of his post, many Twittos shared his point of view. “They do it on purpose, it’s no coincidence,” we can read under his publication. But also: “And after that they will come and cry like they usually do.”

More than half of Britons said they wanted to boycott the Sussex interview, according to a study by “YouGov”. For its part, the Windsor clan has changed its plans due to the pandemic!

This year, therefore, there will be no major public commemoration. Instead, Queen Elizabeth II decided to address her people via the BBC “A Celebration For Commonwealth Day” program.

In England, it is rumored that the monarch would never have forgiven the Sussexes for some of their actions. To punish them, Prince Charles’ mother would have decided to deprive them of their patronage.

Excluding Oprah Winfrey, Meghan Markle and Harry reportedly opened up about it certainly believing they would not be taken away from them. Fault !

“When the Duke and Duchess spoke, it was not for a second that they would be deprived of their patronage,” a source close to Archie’s parents told the Mirror. “They didn’t see it coming (…). Harry and Meghan thought they would keep them. ” Atmosphere!

Halsey remembers meeting Rosé while they were in Paris

Kylie Jenner denies any lawsuit about “Rise and Shine”!