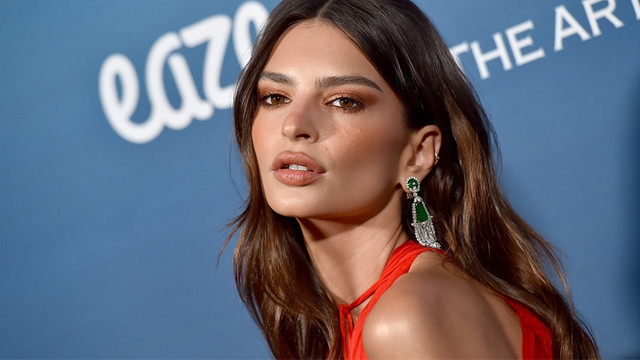 Emily Ratajkowski will soon give birth to her first child. The star seems to take some inspiration from influencer Kimberley Garner.

Emily Ratajkowski loves to wear bikinis and keeps igniting the web on Instagram. However, she has cause for concern since Kimberley Garner is just as sexy in a swimsuit.

Emily Ratajkowski soon to be dethroned by a bikini designer? The starlet rose to prominence a few years ago and is a real sex symbol. She wows her fans with her hot photos and feels great in her body. In fact, it is not uncommon to see her posing in a swimsuit.

Emily loves swimsuits and a hundred in her walk-in closet. So very often she appears in a bikini on social media and puts her best foot forward. Fans can admire her stunning body, so the starlet has chosen to take it a step further. A few years ago, she created her swimwear brand.

Emily Ratajkowski offers sexy and very low cut swimsuits. She does not hesitate to highlight them on Instagram and uses all her charms to make her fans fall for her. Even pregnant, Sebastian Bear McClard’s wife is still so pretty and continues to make her fans blush.

Yet, for some time now, she has had cause for concern. Indeed, it looks like the 29-year-old model has some competition. Designer Kimberley Garner also showcases her swimsuits and uses the same techniques as Emily to get people talking.

Kimberley Garner is a hugely successful English swimwear designer. It must be said that just like Emily Ratajkowski, the young woman highlights her dream physique with her bikinis. In fact, the star ignited the web recently with her new creations.

See Also
Emily Ratajkowski is shining on Instagram with her hair!

As Emily is about to give birth, Kimberley Garner is getting a lot of talk with her sexy photos at the beach. She took advantage of a few vacations in Miami with her darling to do a nice photoshoot. The 30-year-old designer knows how to showcase her body and seems to take inspiration from her competitor.

Indeed, we quickly notice that Kimberley Garner takes the same poses as Emily Ratajkowski on Instagram. It seems to be working pretty well and the two stars are in the same universe. Kimberley’s new swimsuits are just as low cut as Emily’s.

So the two stars have a lot in common and could very well get along. Nonetheless, when it comes to posing, Kimberley Garner also seems to take inspiration from Kendall Jenner, the Daily Mail echoes. The influencer therefore understood how to attract all eyes and showcase her brand. And it works!

Plus belle la vie: Emma’s secret about her upcoming past?