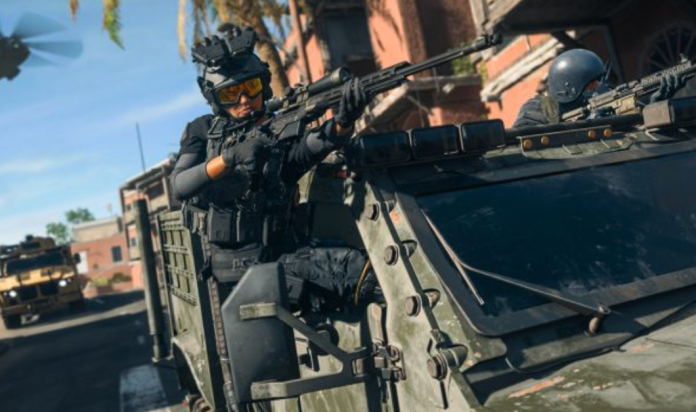 In Warzone 2.0, there are several large combat boots that need to be filled. How do you follow the big and audacious Call of Duty offer for the battle royale space? Since the launch of Warzone in 2020 during the near-worldwide lockdown of Covid-19, it’s hard to describe the launch as anything other than seismic. Now that we’re moving out of gaming chairs, sofas, and blankets around the world, Warzone 2 has an audience that needs to be brought back.

It’s hard to really understand what Warzone meant to many at that time. A real cultural landmark of a time period that will go down in history. At the peak of its popularity, Warzone gathered about 100 million registered players, and it was not just an online game – it was a way to keep in touch with friends, family and loved ones who were so cruelly unavailable.

Now we have Warzone 2.0 with Infinity Ward in the driver’s seat, and the question is, how can you surpass what is imprinted in our memories with such joy and tenderness? Perhaps the more important question is, can you? The answer is: it’s too early to say, but in general, the signs point in the right direction.

From the very beginning, the new Al-Mazra battlefield in Warzone is a sight to behold. This is a huge beautiful playground that glitters when you jump out of the plane and hover over it. This is by far the biggest Warzone map to date, and in the current generation, it’s hard not to feel a tingle when you fall to the ground.

The sights seem to be much more extensive and thoughtful than in the Caldera: there is something to explore here, and there is a continuity of areas, and not the main sections dropped somewhere on the map (we are looking at you, the capital). Because of this, the overall design of the map is fantastic.

In the way it is laid out, there are clear hints of the original Battle royale map, Verdansk. The area of the city is the main event, including High Rise in the mix with Dome visible from a distance from its highest roofs, not to mention the return of the Terminal. Villages, deserts, quarries, harbors, cave systems and a functioning railway line give you a lot of work, and you don’t have as much worry when you rush through open areas as it was in the Caldera, where long runs practically guaranteed a glow from somewhere. far away.

Simply put, Al-Mazr is a pleasure to watch, it looks like a towering elder brother of Verdansk, but still retains some of the magic that we had when we first started playing Warzone… and let’s face it, it’s much better than Caldera.

Mechanically, things begin to move away from their predecessors. The loot system has been completely redesigned, as has the way you carry your treasures. Now you are provided with a backpack, and if you don’t find a larger backpack, every cell counts. The idea of going in and grabbing anything that catches your eye has been essentially eradicated, you won’t want those random shotgun cartridges taking up space in your bag when it might be crammed with armor plates or more useful ammunition while every item you get across, be it toolboxes, duffel bags or crates of supplies, can be selected exclusively for your hiding place.

Ultimately, it takes some time to get used to — it’s a slower process, and accessing your bag while running or fighting is a whole new problem. This has divided public opinion, but after a few hours of playing, it begins to sink into muscle memory, and, in fact, it is an add-on that requires more free space than before, which some love and some naturally hate. Personally, we think that at first it seems strange to use, but it improves over time — and after a few hours of disassembly in Al-Mazra, the system even begins to seem intuitive.

Favorite equipment is also assembled in a new way. Of course, there are standard dropouts during the game, however, this time they are distributed across the map as an airstrike-style deployment line, rather than based on your personal location, but you can no longer buy your gear at the purchase station. This time, you can buy your main weapon for $5,000, which means you are equipped to some extent for the upcoming battle, but perks, additional weapons and attachments are not available at will. To be honest, it doesn’t make much sense to let you buy just one weapon at a time — you might as well buy the whole thing. Removing the option to purchase your gear does not make the experience more positive, it seems pointless, and we believe that this will change in the coming months, we hope so anyway.

Another way to get your gear early is to infiltrate and capture the Citadel, AI—guarded fortresses that vary in difficulty, before defusing the bomb that will finally give you the goods. You will need to avoid the enemy teams doing the same thing, which makes for some interesting shootouts and generally makes a good addition to every match.

Perhaps one of the biggest points of contention at the moment are the shootings. The multiplayer mode of Modern Warfare 2 features a very fast kill time (TTK), which completely changes the pace of the game, and the same thing happens when you fight Al-Mazra. TTK is still very fast, noticeably faster than in previous releases, and this can play into your hands if you have a good place on a hill for camping in an open area, but the shootouts end quickly, and this is someone’s game.

Whether you like it or not really depends on your skill level and how you play the game, although it seems too fast to knock someone down or be knocked down. Skip one shot and you’re done, on the other hand, you don’t need a lot of bullets to kill the enemy. Somewhere in the middle between Warzone 1 and 2.0 would make sense, and simply porting a multi-user TTK seems a bit redundant, since these are completely different formats. Shootouts most often take place at lightning speed, the nuances of situations are more or less eliminated and it is necessary to shoot and shoot quickly. Delaying the time for a shootout, as a rule, leads to a fatal outcome. Having said that, these brawls still seem exciting, and the battles are breathtaking.

Since the map is getting so big, combining scale with fast TTK changes the meta. Camping is back and the slower game seems to be done, but combined with such a fast time to kill, the experience can sometimes seem bumpy. This also goes hand in hand with the new gas circle splits, which can see the circle break, forcing players to be in two or three different safe zones before assembling teams for the final battle for the circle. You can play a deliberate and slow game with intelligently planned every turn, but the moment you bump into someone at a strange angle, everything ends in the blink of an eye.

And at that moment you are transported to a new Gulag, everyone’s favorite place after death. Now you are paired with another player in a 2-on-2 confrontation, which simultaneously doubles your chances of getting out alive or being shot. It doesn’t have the charm of a 1-on-1 showdown in prison toilets, but it’s definitely a fun change of norm.

These showdowns (with an enhanced AI jailer who saves everyone if he is killed) are conducted either with your group partner if he dies at the same time as you, or with a random player with whom you can communicate in real time with everyone – a new proximity chat.

So, contactless chat, where to start. Who would have thought that being able to hear enemy commands when they are near you would be one of the biggest fundamental changes in Warzone?

“We came in peace, we’re friendly, we’re friendly” or “come out, come out, wherever you are” are just some of the cues we’ve heard playing Warzone 2.0. Negotiating a safe passage with an enemy team or turning on music so they don’t hear your footsteps are now quite real parts of the game.

We’ve seen people singing along to each other, and even streamers offering money to their enemies to keep them alive. Contactless chat is a wild new feature that, although distracting from the current task, can be a fun, often sadly toxic, but sometimes ingenious addition.

But what about the gameplay in the first few days of Warzone 2.0 availability? Honestly, it wasn’t great. Of course, with a game of this size and scale, there will be early growth problems and some mistakes, but there were plenty of them here. Lag sometimes makes the game completely unplayable, and gamers have faced developer errors, and several NME employees have flown out of the game at the wrong time. If these technical issues are fixed, we will get a really great battle royale experience.

New additions will take time to settle in until we can make a real judgment, but they are already becoming normal and do not distract from the experience, but rather offer a new one. Apart from the mistakes, we are happy to play Warzone 2.0 again, and we are happy to come back every day, this is something worth pinning our hopes on.

Fortnite And Yahoo Crash In China