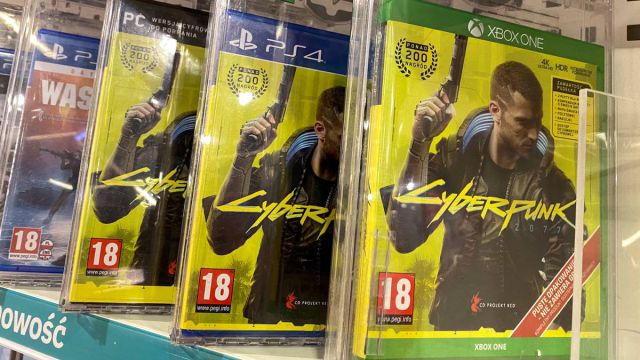 CD Projekt RED faces a possible lawsuit over the status of Cyberpunk 2077 at its launch. Withdrawn from the PS Store and with a money-back guarantee for digital purchases by any user who requests it on PlayStation or Xbox, the Polish studio has lost the trust of its shareholders to the point of considering a complaint from Warsaw for “misrepresentation to obtain benefits financial ”. A report by The New York Times breaks down the motives behind this legal action.

“Lawyers and investors in Warsaw are studying the situation, they contemplate a class action lawsuit against the company for a possible crime of” misrepresentation to obtain financial benefits, “according to regulatory documents,” explains the source. The inability to meet the expectations of the players led CD Projekt to apologize last week, a statement that served to confirm that it will not be until February 2021 when the PS4 and Xbox One versions approach a finished product. “Good, playable and stable.”

The situation, which has not been well received by shareholders, is supported by the initial promise of the study last November, when they assured that Cyberpunk 2077 worked “surprisingly well” on PS4 and Xbox One. The regulatory document wields that “in In relation to the recent events – and particularly the suspension of the sale of the game – we are analyzing, together with a law firm, the bases to initiate a legal action for the possibility of having committed a crime under Art. 286 of the Code Criminal – Misrepresentation to obtain financial benefits ”.

This law firm is headed by Mikołaj Orzechowski, confirms Bankier from Poland, which also has a stake in CD Projekt RED.

However, CD Projekt RED closed this Sunday with a value of $ 61 per share, a drop of 24% compared to a week ago and close to 45% compared to the peak experienced during this last quarter, specifically on November 30 ( $ 99.80 per individual share).

The last update published for Cyberpunk 2077 is patch 1.05, a data package of more than 9 GB that improves on PS4 and Xbox One but continues to show “exaggerated pop-in”, according to the first technical analyzes, as well as tearing, drops of frames and quality of textures.

Cyberpunk 2077 is available on PS4, Xbox One, PC, and Google Stadia. Backward compatibility allows users to play with slight improvements on PS5 and Xbox Series X | S; the next gen version will come out sometime in 2021. The return of the title to the PS Store is unknown, Sony says it will stay away from its store “until further notice.”

Apple Fixed Bug Without Crediting Researcher Who Found It