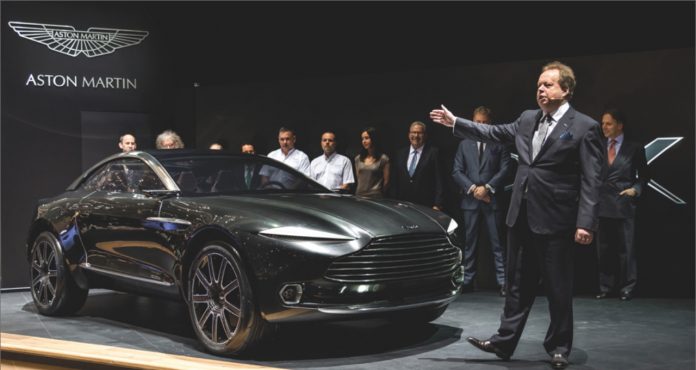 ‘UK should build a battery factory’

Aston Martin’s former boss, Dr. Andy Palmer stated that battery “gigafactory” should be established in the UK, otherwise the country’s automotive industry could be completely lost.

Palmer wrote a letter to British Prime Minister Boris Johnson and business sector Kwasi Kwarteng on the matter. He stated that the Brexit trade agreement will face the risk of “crippling tariffs” if automakers are unable to obtain their batteries from the UK.

Palmer also cited this as the main reason for the ban on new gasoline and diesel car sales by 2030. In addition, the local industry must rapidly switch to electrification and establish its own battery facilities.

“Without the UK manufactured electric vehicle batteries, the country’s auto industry is at risk of becoming an antiquated relic and being overtaken by China, Japan, America and Europe,” wrote Palmer. “The business sense says the automotive industry will move to where the batteries are, and we are facing a tight race against time.” found in the description.

In addition, Palmer believes that 800,000 jobs related to the automotive industry in the UK would be at risk without substantial battery production.

Finally, Palmer added, “Leaving the European Union gives us opportunities to compete in the industries of the future.” “Still, France, Germany, and the wider EU are demonstrating their intent by investing heavily in factories that produce battery and electric vehicle components.” he expresses.

According to the European Union’s AutoCar report, the rules of origin conditions in the UK-EU trade agreement will allow batteries for electric vehicles manufactured in the UK to contain only 50 percent of components sourced from outside the EU by 2026, or against significant tariffs when exported to another country. it means it will face.

Immediately after Palmer’s statements, the Mayor of West Midlands in the UK announced that a “gigafactory” could be set up in Coventry.