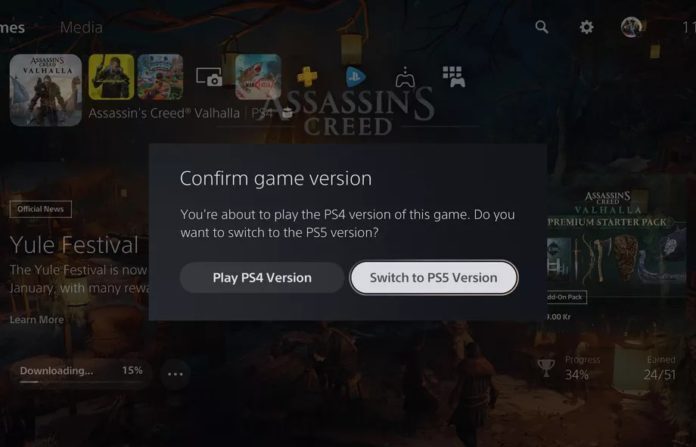 The latest PS5 update by Sony provides a solution to an important problem with games that can also be played on older consoles. Players will now see a warning that the PS5 version is also available before playing the PS4 version of the game.

The feature in question was shared by a Twitter user nicknamed Tidux. In this way, Sony eliminates a potentially important leak related to PlayStation 5. The console can run all PS4 games. This can cause some games to accidentally install the old version.

Microsoft found a more useful solution to this situation with its system called Smart Delivery. The Smart Delivery program automatically installs the most suitable version or update of the game for the console in hand. While Sony’s method is not that useful, it will at least warn you that the wrong version has been installed.

This new feature seems to become more functional as the number of PS4 games optimized for PS5 increases. In the current system, there is no clear method for players to be aware of the PS5 version of the game. However, with the new PS5 update, when a console version of a game is released, players will be able to easily be aware of it.