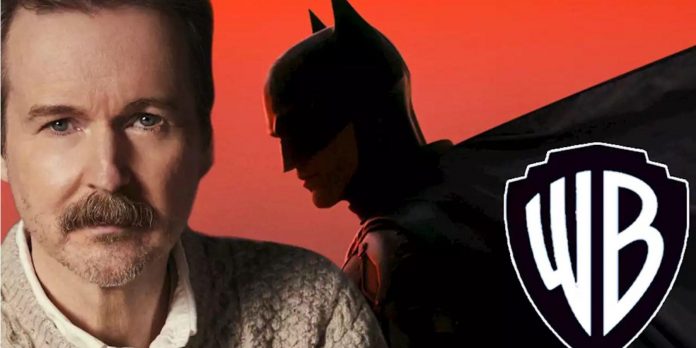 Thanks to the huge success of “Batman” with critics and box office, director Matt Reeves is now recognized as one of the best and most sought-after directors in the film industry. Like directors like Christopher Nolan and Denis Villeneuve, Reeves is a director capable of creating epic stories.

With his new overall deal with Warner Brothers and The Batman 2 seemingly moving forward, it looks like the beleaguered studio has full confidence in Matt Reeves. But will it continue? It all depends on how Reeves is going to handle Batman and other potential DC characters, as well as the original features.

There is no doubt that Reeves can implement amazing projects for Warner Brothers. His version of “The Caped Crusader” became one of the best films of 2022, creating not only an entertaining picture about superheroes, but also an exciting detective story. He makes Robert Pattinson’s Batman a smart but imperfect hero who still has a lot to learn, leaving room for at least a couple of trilogy sequels or more, depending on how far Reeves wants his series to go.

In addition to the Batman sequel in development, there is also an HBO Max series based on Colin Farrell’s portrayal of Oswald Cobblepot./A penguin that could be a great crime drama/gangster saga. A series about Arkham Asylum is also planned, which may reveal the backstory of several other DC villains, such as the Joker and Poison Ivy. Catwoman Zoe Kravitz and the Riddler Paul Dano can also be part of these projects or separate to continue their storylines.

Reeves has the potential to create major franchises based on DC superheroes and villains for Warner Brothers, which will lead the production company to success. In addition to the superhero genre, Reeves also intends to make other films, which should not be a problem, given the recognition he received for his films “Planet of the Apes” starring Andy Serkis. The director can take on other sci-fi and apocalyptic traits based on the concept of man and nature, as well as how humanity copes with changes in the real world (viruses, pandemics, wars, climate change, etc.).

Reeves may also return to the horror genre, especially since the original film “Cloverfield” is considered a unique approach to the game of monsters and creatures. He may return to the Cloverfield franchise (or “Cloververse”), as the third film was not as well received compared to its predecessors. A fourth film is currently in development and the series is being distributed by Paramount Pictures. However, Reeves could have him shoot new parts of Cloverfield for Warner Brothers, and/or both production companies could join forces (as Warner Brothers, MGM and New Line Cinema did for the Hobbit trilogy).

What does Reeves’ deal mean for other filmmakers and projects?

Reeves’ future with Warner Brothers is likely to be a long-term relationship reminiscent of other successful directors such as Christopher Nolan, Zack Snyder and Clint Eastwood. However, this may mean competition problems for other filmmakers, especially for those who intend to create superhero films. Currently, Warner Brothers has come under serious scrutiny for demonstrating a lack of faith, transparency and trust by canceling projects such as the long-awaited movie about Batgirl from Adil El Arbi and Bilal Fallah (the directors of “Bad Guys Forever”).

The cancellation of Batgirl, the uncertainty surrounding The Flash movie due to Ezra Miller’s behavior and allegations of violence, as well as several comic book fans wanting Snyder to continue his Justice League saga with Ben Affleck and Henry Cavill as Batman and Superman, respectively, are the main questions brewing about the future. Warner Brothers and DC movies. Despite these concerns, Matt Reeves will most likely not suffer because of his outstanding repertoire as a director. His participation in Warner Brothers can make a big difference in terms of what he says and allows other directors and actors to get the opportunity to do important projects.

If there is a chance that one of Reeves’ films will not be successful both financially and critically, he will still have opportunities to recover. Therefore, the director is likely to shoot not only superhero films, but also participate in other genres. For example, Zack Snyder was able to star in at least a few DC films before he probably ended his superhero run with his director’s version of Justice League. After that, Snyder returned to the horror/zombie genre with “Army of the Dead” (a hit for the director and for Netflix). Reeves will also seek to attract viewers both on streaming services and, more importantly, in cinemas, so that his roles can be seen on the big screen.

Reeves’ work at Warner Brothers could last several years not only because of his versatility as a director, but also because he