Home Entertainment Warner Bros. Delays Its Next DC Releases: The Flash Is Going To... 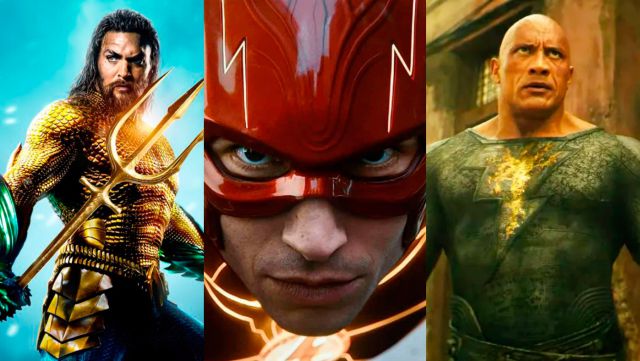 Warner Bros: Movies like The Flash, Black Adam, Aquaman and the Lost Kingdom, Shazam! Fury of the Gods and DC League of Super Pets move their release dates. New and notorious movement by Warner Bros. regarding its next theatrical releases with widespread delays for all its following films in theaters. A new calendar that mainly affects all imminent DC superhero films, especially The Flash, which is now going to summer 2023. At the moment Warner Bros. has not justified these new movements, although they would have to do with the pandemic of the coronavirus and the idea of ​​​​not competing at the box office with other big releases in the coming months, looking for new release windows for their different films.

This is the DC release schedule

Thus, Warner Bros. has shared a new release schedule for its upcoming films with a total of six date movements, including four DCEU films and its next DC Super-Pets animated film. The premieres are as follows:

In addition, the sequel to Jason Statham’s movie with hungry sharks is dated. We will see how this new calendar affects the continuity of DCEU movies, since now The Flash, the film destined to revolutionize the DC extended universe, will be released last.

Starfield | The Study Shares News About The Exploration, Decisions And...