Home Celebrity Warner Bros. Changed the Name of Birds of Prey When It Was... 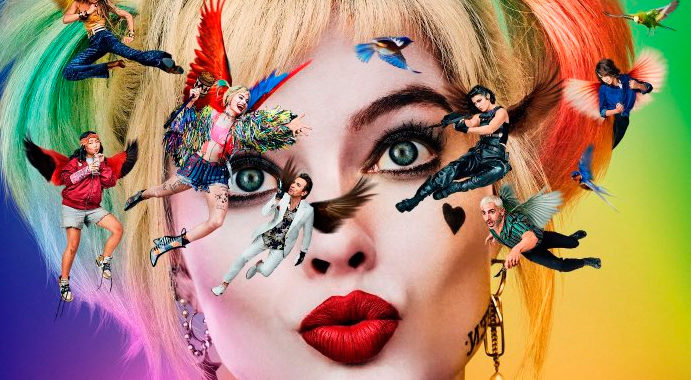 Warner Bros. decided to change the movie’s name to improve the box office performance of Birds of Prey, the disappointing new DC spin-off on its first three days on the big screen. The movie, starring Margot Robbie, will now be referred to as Harley Quinn: Birds of Prey.

One of the few nice things about the 2016 Suicide Squad was the appearance of Harley Quinn character Margot Robbie brought to life. The years-long wait finally ended last Friday and the solo movie of the beloved character met the audience. Birds of Prey, one of the most anticipated films of the year, made only $ 33 million at the end of the first week.

Warner Bros. undersigned a very interesting move to raise the film’s box office performance to some extent. According to the information provided by ComicBook.com, some movie theaters in the USA reorganized the name of Birds of Prey as Harley Quinn: Birds of Prey.

Birds of Prey is far below expectations
On the other hand, it should be noted that this change is only on the website of the relevant movie theaters. So there is no difference in the posters of the movie; at least for now. However, online movie ticket sales sites like Fandango still name the movie as Birds of Prey (and the Fantabulous Emancipation of One Harley Quinn).

Thinking that Warner Bros. ‘new strategy would increase interest in the film would be a bit of a dream. After all, Quinn’s name is already in the long version of the title. Therefore, it does not seem possible that the name change will actually affect the box office.

By the way, there are several theories as to why Birds of Prey has not been as successful as its previous DC spin-offs. Some argue that R-Rated (18+) is effective in this; however, when we consider both the Deadpool series and the Joker’s enormous performance at the box office, this thesis is instantly rotting. Another view is that the supporting roles are not strong enough to fill the movie theaters.

Birds of Prey shows the period after Harley Quinn left the Joker. Cooperating with superheroes Black Canary, Huntress and Renee Montoya to save a young girl from a bad crime lord, Quinn is in a breathless adventure. The movie, which has a budget of $ 84 million, has collected box office revenues of $ 79.5 million worldwide.

BTS: V shows his beard for the first time and ends...