Home Entertainment WarioWare: Get It Together! for Nintendo Switch You Get A Free Demo;... 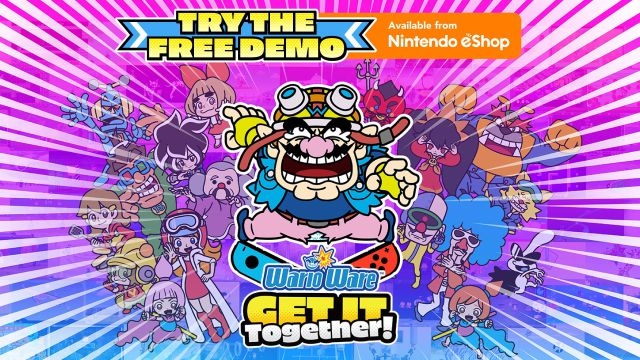 WarioWare: Get It Together! allows players to test their mini-games in motion ahead of launch.Nintendo Switch receives the free demo of WarioWare: Get It Together !, the new work of the Japanese company with the friendly character. The demo, now available for download in the eShop, will allow you to try the first minigames before its official launch on September 10th. At the top of this news you will see its official trailer: it leaves no one indifferent.

Wario and his craziest games

Nintendo’s E3 2021 offered us, among other announcements, the reveal of WarioWare: Get It Together !, developed by Intelligent Systems exclusively for the hybrid console. With him return the minigames, the irreverence and the madness of a title that will take advantage of the characteristics of the hybrid console.

“Wario, the infamous video game developer, and his teammates have been sucked into his latest creation, and now they need you to help them escape from it in story mode,” the company reveals in its official description. “Use the absurd abilities of each character to overcome all kinds of microgames, either alone or in the company of another player, either on the same console or through local play.”

The story mode will bring you up to date with some of the minigames that have been developed for this installment. When you want to face your friends, you can do it in combats of two to four players. In them you will have to do actions such as “pull the hair out of an armpit” or “manage to get out of garbage bags”, among other actions.

His return marks the return of one of the licenses that have accompanied Nintendo in a good part of its portable consoles, such as GameBoy Advance, Nintendo DS or 3DS; he also had his encounter with the Nintendo Wii. Two generations later we will laugh again with the popular character with the curly mustache.

The Elder Scrolls VI Is Still In The Design Stage