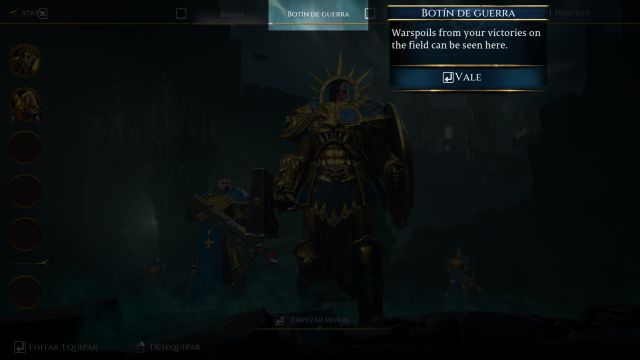 Warhammer Age of Sigmar: Storm Ground: The most recent entry in its franchise, Warhammer Age of Sigmar: Storm Ground, is a game that follows in the wake of the roguelike but remains half-baked Do you like Warhammer but don’t want to spend all your salary buying miniatures, or your eyes trying to paint them? Then you might be interested in this turn-based tactical RPG, developed by Gasket Games and published by Focus Home Interactive. It takes place in the Age of Sigmar universe, one of the many story lines of the Games Workshop game, with the difference that now the battlefield is divided into hexagons and we must collect objects in the form of cards and recruit soldiers. The game has a story mode in which we can select between nine characters, as well as an online multiplayer.

In the story mode we can face battles with objectives such as taking control points, defeating waves of enemies, or ending a specific unit. At the beginning we will be given a choice between three factions (Eternals of the Storm, Nightstalkers and Nurgle Worms), and between three characters of each, with a total of nine different possibilities; Depending on who we choose, the plot and the battles will change, but the objective will be the same: take the enemy stronghold. The abilities of each one and the way to summon units also change, so keep that in mind when deploying your troops. Depending on our choices, the game experience will be very different from game to game.

We will be able to nurture our ranks with troops who will join us throughout history and with others who will be the reward for having completed a mission. Among them we will have the typical units of this kind of games: tanks, magicians, units that attack from a distance … We will also receive equipment and power-ups in the form of cards, which we must assign before each fight, in addition to the lore cards, which help to expand the story for the most ardent Warhammer fans.

On the other hand, the most interesting thing in this way is that, if we lose at any time, we will have to start from scratch, but with all the equipment that we have obtained in the previous session, in the purest roguelike style. Also, the difference in the game modes makes it interesting: the Eternals of the Storm are stronger and more resistant units, the Nightstalkers have strength in their numbers, although each individual unit is weak, and the Nurgle Worms have a way of playing. very peculiar based on rot.

Loki: series will have more than one season? Producer responds!

Netflix Begins The First Tests With Video Games: No Ads or...